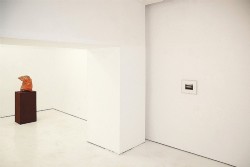 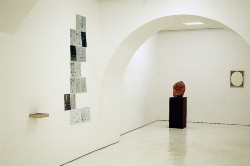 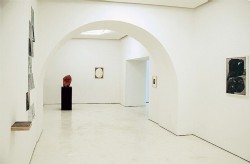 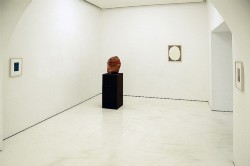 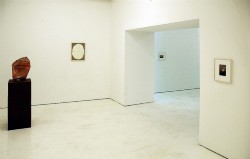 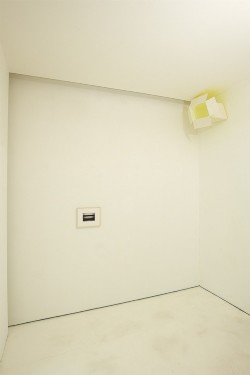 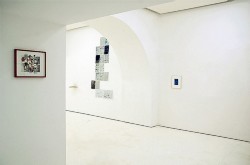 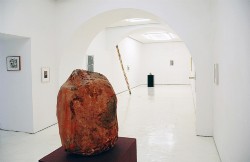 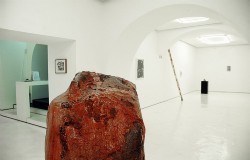 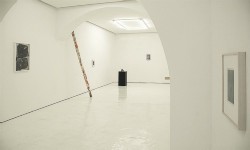 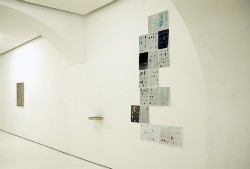 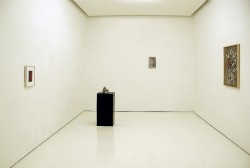 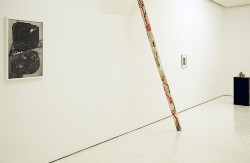 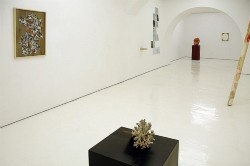 Galleria Tiziana Di Caro is pleased to announce the opening of the group exhibition Reality Show, Friday, September 28, 2012, at 19:00.

The project was conceived and developed by Stanislao di Giugno and brings together works of Bhakti Baxter, Raphael Danke, Stanislao di Giugno, Gabriel Hartley, Philipp Lachenmann, Nicola Pecoraro, Alessandro Piangiamore, Alfredo Pirri, Belén Rodríguez González, Caterina Silva, Ignacio Uriarte. A work from each artist was chosen having a specific relationship with reality, the true star of the exhibition. As noted by di Giugno, "Whatever the starting point of the artists, the idea is always to use materials easily found in everyday life, in order to implement a détournement of reality. The choice of the artists was very personal, with no intention of being exhaustive or indicating a general trend, but focused on a group of works selected on the basis of personal and subjective taste."

The title "Reality Show" is borrowed from TV language, and should be intended literally: an exhibition closely connected to the world around us, which is the subject of a phenomenological analysis, through a method meant to be descriptive, but not scientific. In the works selected it is possible to perceive "... a willingness to distort the data as they are submitted to us which I find great, a willingness that definitely does not want to accept anything that is seen as normal and set. This is a political attitude which does not declaim, does not intend to shock, but which silently worms its way into society, something maybe more difficult to eradicate ..." [S.d.G.].

The works presented are diverse: photographs, sculptures, collages, paintings, and the points of view from which they are treated are different too. Bhakti Baxter (Miami - USA, 1979) sets up a structure based on geometric codes which puzzle the viewer, who is dragged into a dimension on the border between reality and abstraction. Raphael Danke (Aachen - DE, 1972) analyzes the limit, apparently insurmountable, between everyday’s apparent and its intangible dimension. Gabriel Hartley (London - UK, 1981) alters the spatial dimension, creating a short circuit between nature and artifice, while Philipp Lachenmann (Munich - DE, 1963) empirically surveys the everyday in order to explore the sense of images in relation to their symbolic meaning. Nicola Pecoraro (Roma – IT, 1978) transforms the appearance of the object, creating a transmutation of its very meaning. Alessandro Piangiamore (Enna - IT, 1976) associates a coral with a postcard. An object is used to complete a landscape in a precise balance between nature and artifice.

Belén Rodríguez González (Valladolid - ES, 1981) collects coloured fragments of plastic from beaches. These become the subjects of her works, abstract images obtained through a process of scanning and printing, in a sort of cataloging at the same time unusual and scientific.

Caterina Silva (Rome - IT, 1983) observes the world and replicates it through accidental gestures with signs which can be decoded. Ignacio Uriarte (Krefeld - DE, 1972) implements a variation of meaning using items taken directly from the reality of everyday life and changing their meaning. Stanislao di Giugno (Rome - IT, 1969) sets up a system which will destroy some of the universally recognizable symbols which belong to our culture and our civilization.

The essence of the content and motivations developed by the artists in relation to the idea suggested by Stanislao di Giugno is well described by Alfredo Pirri, who too was invited to give his own contribution to the project: "Art is the engine of a change of reality. I am for an art which evaporates on the one hand, and on the other falls back to earth like from a baptismal font".