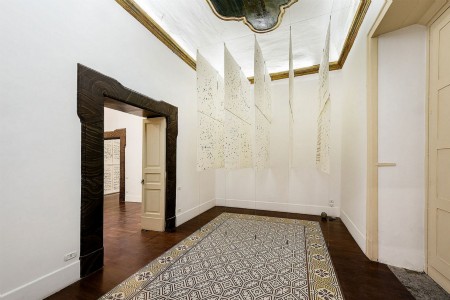 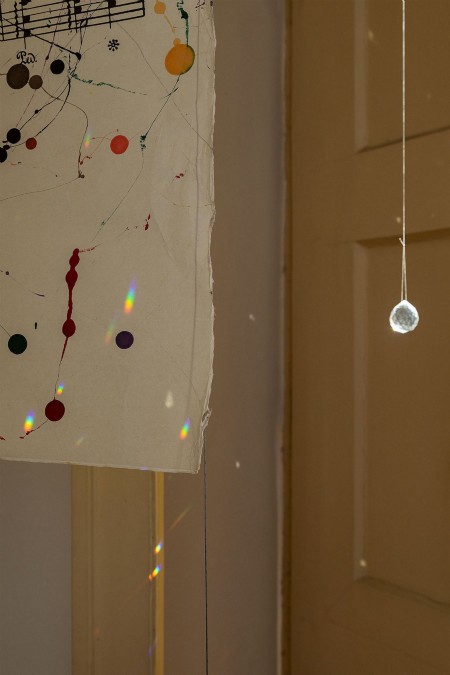 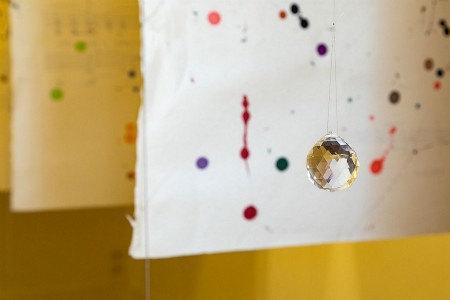 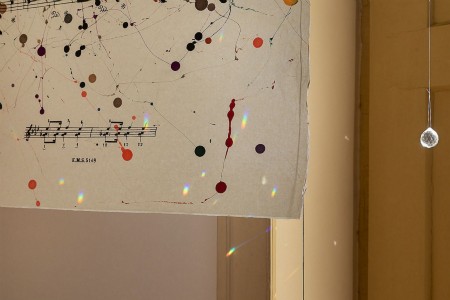 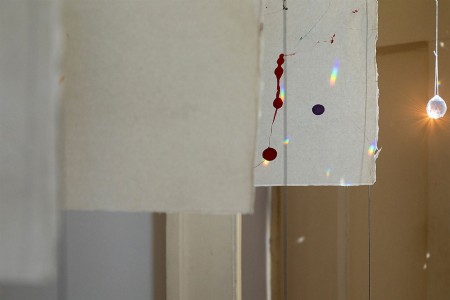 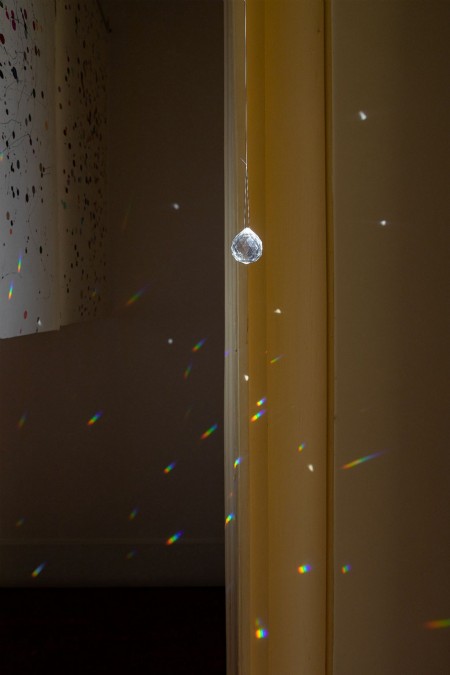 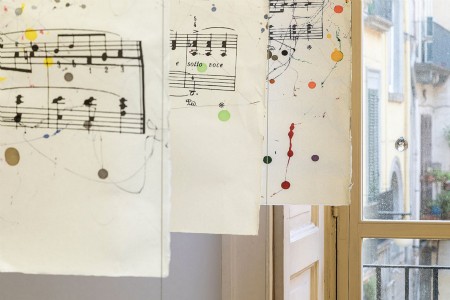 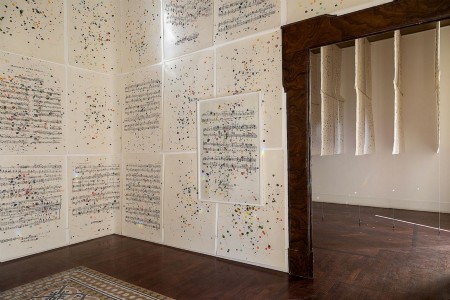 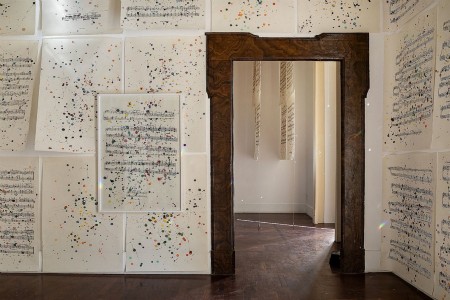 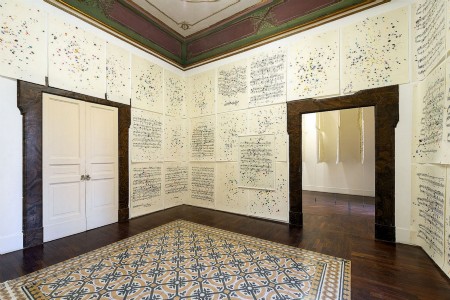 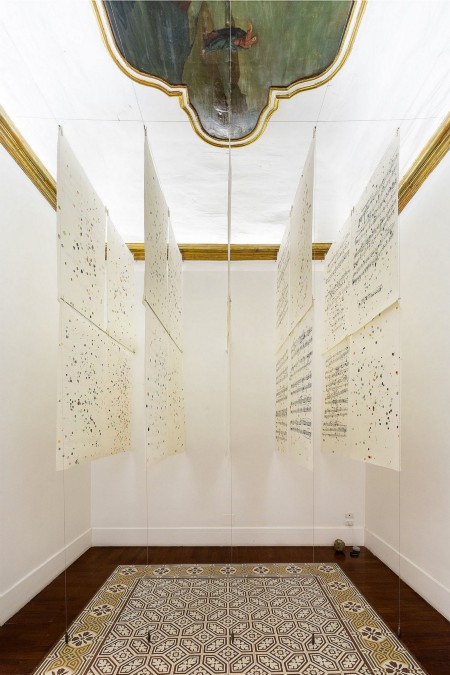 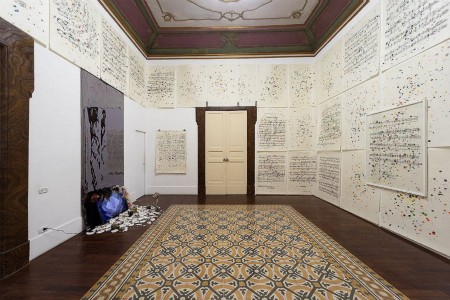 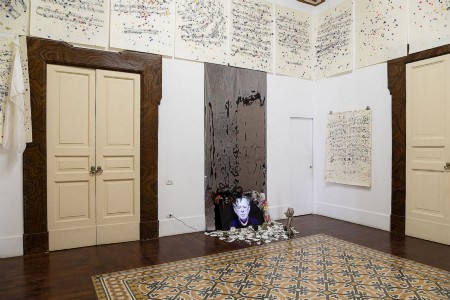 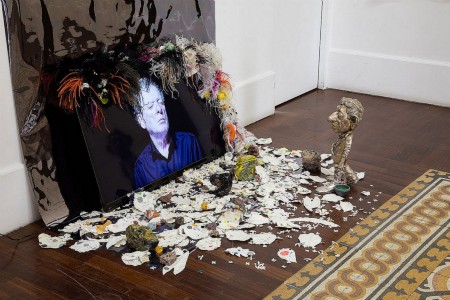 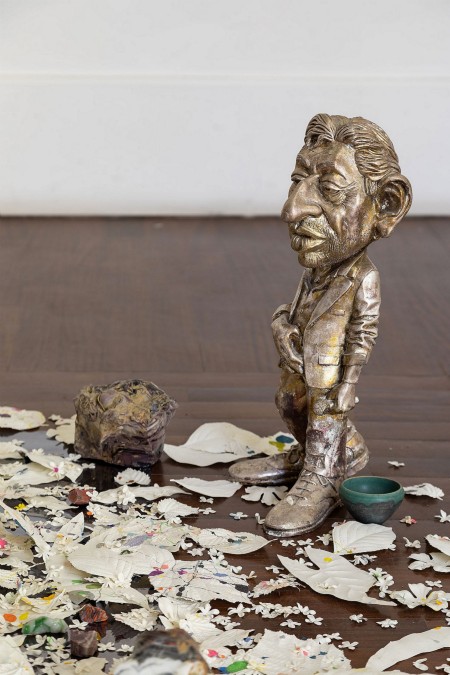 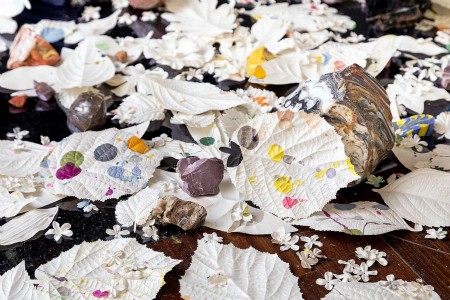 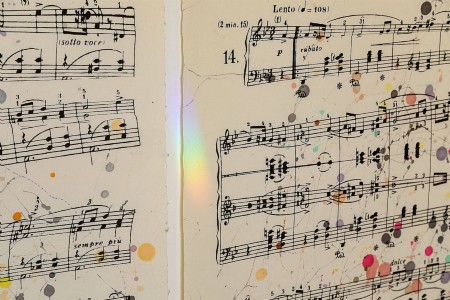 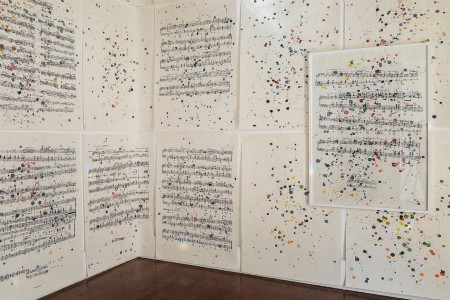 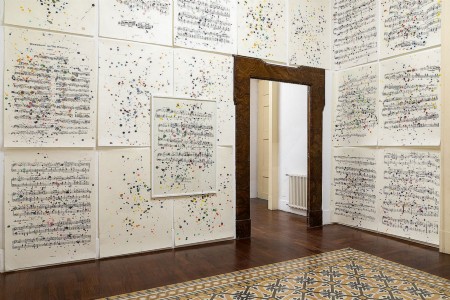 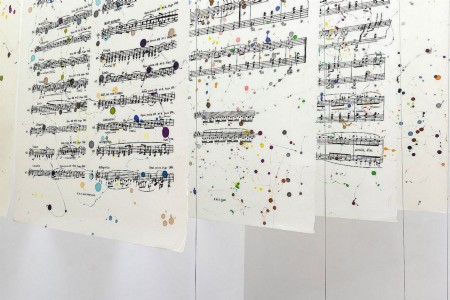 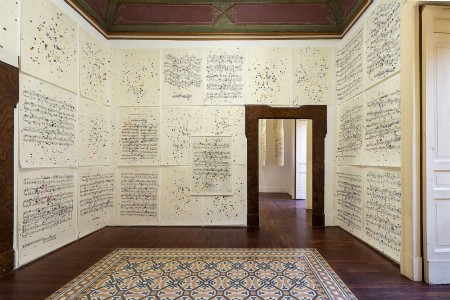 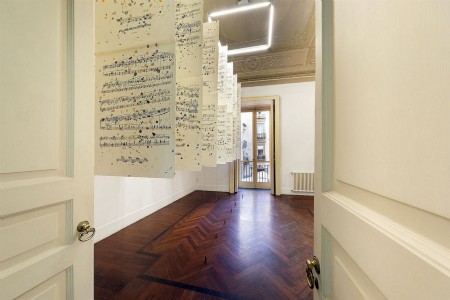 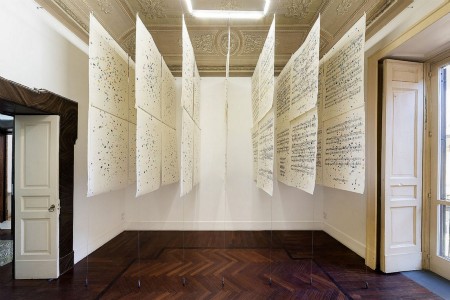 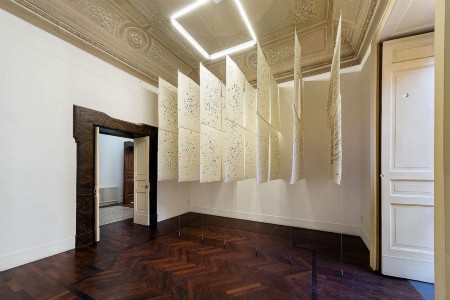 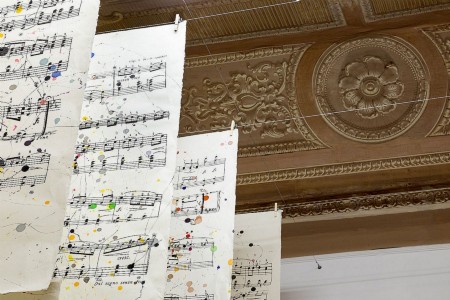 Maxime Rossi's work is characterized by a multiplicity of techniques and a diversity of themes. The questioning of the logic of meaning together with a constant and sometimes stinging sarcasm, are elements that deeply typify the artist's production. The thematic cycles that Maxime Rossi develops do not follow a precise chronology: they may disappear and then come back, sometimes even after many years. His points of reference range from the history of art, to pop culture, through comics or music, always involving new collaborations with artists, craftspeople or experts working in different fields and disciplines.

The title chosen for this exhibition, Un ruscello di ombre is, as Rossi himself states, “unexpected,” not to be understood by its meaning in relation to the exhibition project, but rather for the image it conveys, i.e. for the vision that it generates.

The works, especially created for this exhibition, resume a project started ten years ago and exhibited at the Palais de Tokyo in 2012 at the artist's solo exhibition Minah Dilemma, and are the result of a slow and unplanned process: it features scores by Frédéric Chopin printed in large size and placed by the tomb of the Polish composer at the Pčre Lachaise cemetery in Paris. Specifically, they are placed under the weeping willows above the tomb, with markers of various colors hung on their branches. Moved by the wind or by the birds that rest on these branches, the markers start trickling, “staining” the scores and at thus meddling with the written music. Chance is the main architect of these colored signs which, by interfering, determine emotional and imaginary variations.

Thanks also to his recent reading of the Boku no Chopin manga, Rossi has gone back to the subject again. The manga tells the story of the friendship between the Polish musician and Franz Liszt, and their approach to music in a lively Paris. The result is a new series of scores, once again treated with the dripping technique as in the Pčre Lachaise cemetery, but there is a variation that characterizes the Neapolitan project. The scores are even more vibrant thanks to the involvement of delicate paper leaves and flowers. The works in this series are completed by the overlapping of elements, a feature which is never overpowering but on the contrary manages to maintain a total and rarefied lightness.

The exhibition consists of an imposing installation entitled Pčre Lachaise Vol. II that occupies the first two rooms of the gallery, and which includes various sequences of scores inserted in a structure of suspended wires. This structure, imagined as if it were a warehouse, will allow the viewer to look at the works only squeezing in sideways, generating a non-analytical fruition that inhibits the contemplation of individual details. This installation structure generates a perverse and paradoxical mechanism whereby the viewer will not be allowed to look at the works in a clear way, and even the most intense effort will never be such as to allow the visitor to draw on the images in their entirety. This obstacle is overcome in the last room, where the works are scattered all over, enveloping the viewer and revealing themselves in all their details.

Unlike many other Maxime Rossi projects, these works evoke silence and calm, precisely in accordance with the will of Frédéric Chopin, who always preferred intimacy to a wider public