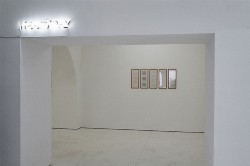 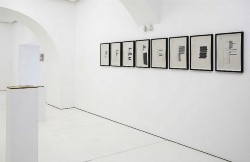 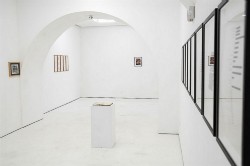 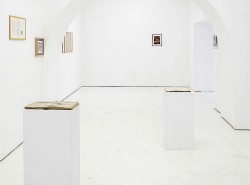 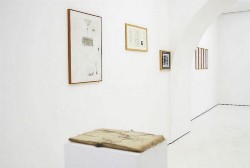 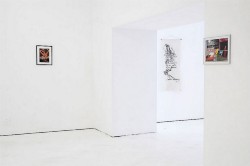 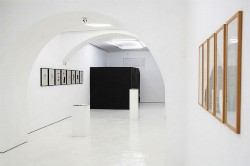 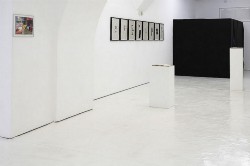 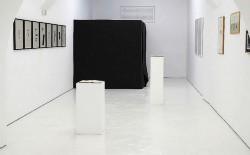 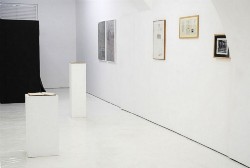 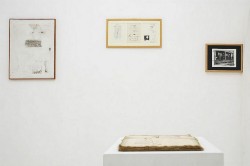 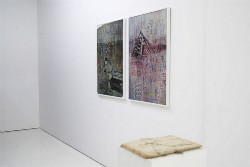 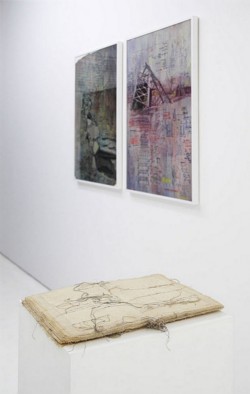 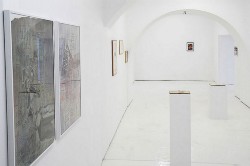 The title is borrowed from Renato Barilli’s book bearing the same name (Renato Barilli, Viaggio al termine della parola, 1981), focused on intra-verbal research, but it is also a clear reference to the first novel by Louis-Ferdinand Céline, Journey to the End of the Night (Voyage au bout de la nuit, 1932), which revolutionized prose through a multifaceted structure, full of figures of speech mixed with simple and even slang expressions.

All the works selected for the exhibition convey the breakthrough between image and word, the overlapping and mixing of meta-linguistic structures. Although they belong to different generations, all the invited artists deal, on different levels, with the principle that lemmas, sentences, expressions can be meanings and signifiers of a work: the aspect of a "word" may be much more powerful than its content, because it is emphasized by a graphical, semiotic structure which widens its perception.

In this sense, Tomaso Binga started a real revolution with his typecodes. The overlapping of letters typed with a special typewriter creates graphic signs, whose aesthetic meaning replaces the one intrinsic to the letter.
With a pun on the word ‘history’ involving genre, Maria Adele Del Vecchio’s neon Herstory, creates a reversal of perspective from male to female, and by altering this viewpoint changes the meaning and potential implications originating from the word itself. Adelita Husni-Bey, with the help of Professor Lorenzo Jurina, highlights the function of the word as a speculative tool. The works of Maria Lai are tales of a world hovering between tradition and imagination, which she mixes to the point they cannot be told one from the other. Magdalo Mussio focuses all his efforts on calligraphy, typography, letters and words, to the point that his work has been called "verbal painting", an expression that has become the perfect synthesis of this exhibition project. Such a definition came from Lamberto Pignotti, who participates in the project with works produced at different times, in which the word is the subject of the work, the object of the work, an element of crossword puzzles that are themselves works, in an array of examples which could be burgeoned indefinitely. Damir Ocko has turned poetry into an essential element of his work. The poetic verses themselves are the focus of works in which the semantic structure is enriched with graphic elements that magnify its sense. Lina Selander’s video When the Sun Sets It's All Red, Then It Disappears examines the relationship between utopia, politics, and emotional expression through the comparison of words and images.

In the perspective of an exhibition focusing on an aesthetic environment that moves from the word to turn its gaze beyond the boundaries of poetic language, Viaggio al termine della parola is itself a link, a bridge between image and concept established by the choice of associating within the same context the visualization of speech and the transparency (or mellowness) of the sign.

Journey to the end of the word