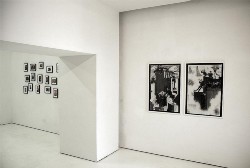 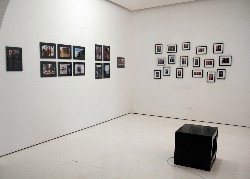 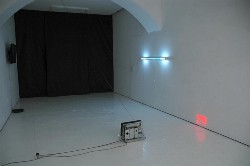 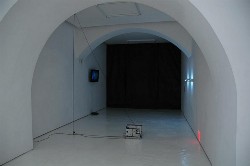 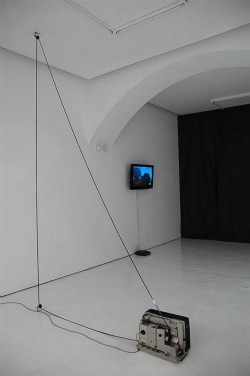 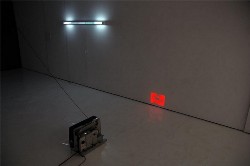 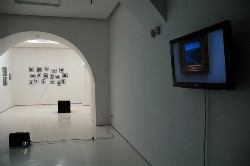 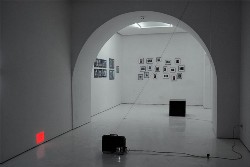 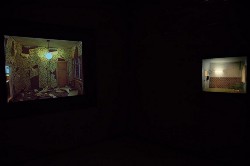 Galleria Tiziana Di Caro is delighted to announce Art in between. Journey into swaying imagination, a group show curated by Giacomo Zaza, featuring works by Olga Chernysheva, Sofia Hultťn, Alexey Kallima, Susanne Kutter and Wolfgang PlŲger, Saturday 28 May 2011, from 19.00 until 24.00.

The works on exhibition are diverse in terms of the media used to create them: photography, installation, video, drawing are some of the techniques adopted, the aim being that of featuring the experience of who is within. The selected artists are clearly well aware of the world in which they live, but their take on it is more as observers than as involved performers. The works on selection comment various areas of the contemporary, at times with sarcasm, at others with subtle metaphors, never controversial but often intriguing in their outcome.

The contemporary Russian society is at the heart of the works by Olga Chernysheva (Moscow, 1962), who exhibits a series of recent photographs and a video, Russian Museum (2003), in which the fruition of important paintings included in the collections of State Russian Museum in St. Petersburg is distorted by the unrelenting reflections of the visitors on the glass, thus altering the vision.

A plethora of small objects, originally found in an old toolbox, are the 'protagonists' of Past Particles, a video by Sofia Hultťn (Stockholm, 1972) in which images follow one another like in an absurd visual glossary of shapes, colors and materials. In the series of pictures Closed Party, Alexey Kallima (Groznyy, 1969) modifies the portraits of well-known German VIPs, transforming them into grotesque and extravagant characters which seem to break away from reality.

In Trilogie der Illusion. Die Maske. Die Tšuschung. Die Falle (2010), a video by Susanne Kutter (Wernigerode, 1971), a spider, a cockroach and a butterfly inhabit domestic environments, as if they were the only protagonists of everyday life.

In the work of Wolfgang PlŲger (Munster, 1971), film is wrapped around simple neon lights, and the decoding of the film can only take place when the light is turned on, in a interpretation game which is not direct, requiring determination on behalf of the viewer. Lastly, a site-specific installation consists of a series of 16 mm films, on which a shakily handwritten text is expanded by projectors, indecipherable in its looping motion.

"Crossing a polifonic 'scene' of the real and experienced but also utopic and dreamt [Ö] they would have exceed the perspectives of an alternative 'intellectual metabolism', which, as Adorno says, could converge in to his working process, coscience and language. Just during the developing of the global network, and of the iper Ė reality (Baudrillard), art is giving a though, that is summoned and provoked." (Giacomo Zaza)