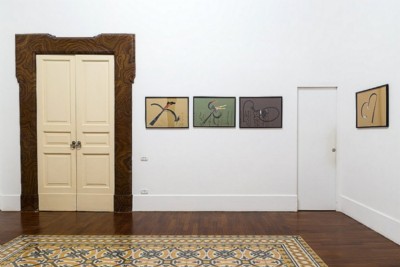 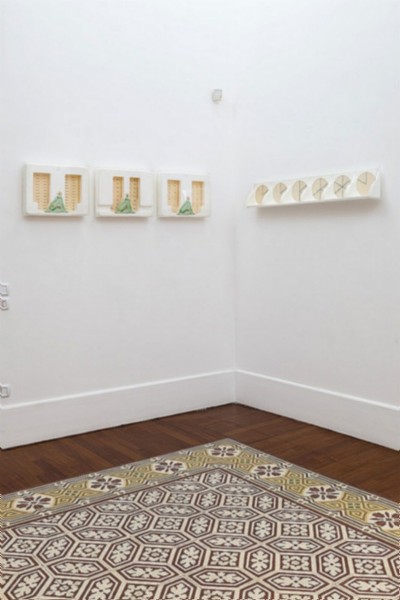 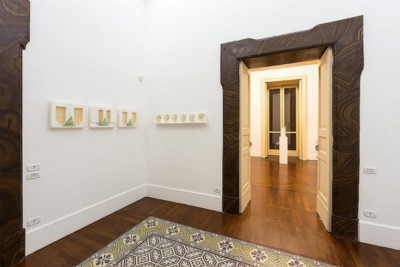 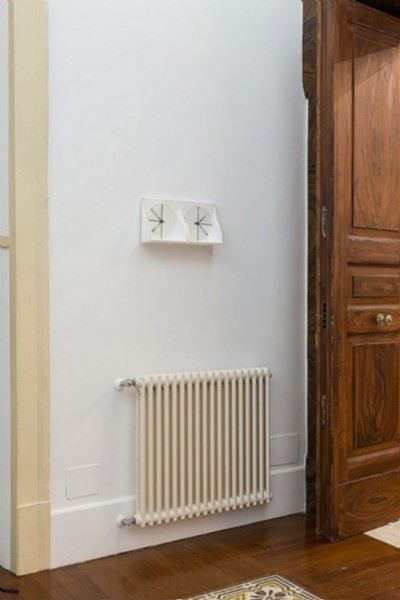 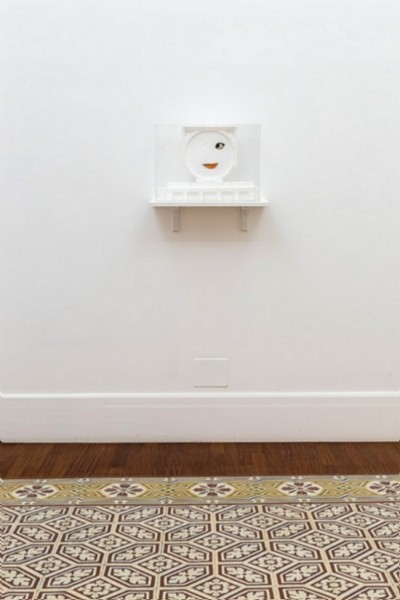 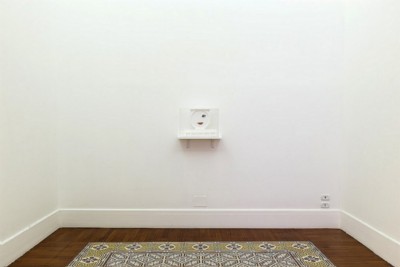 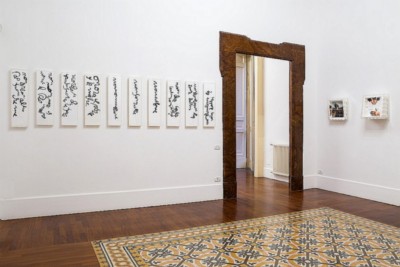 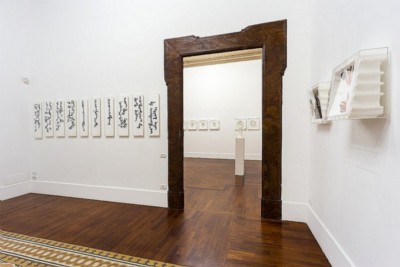 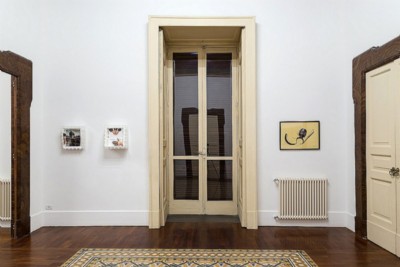 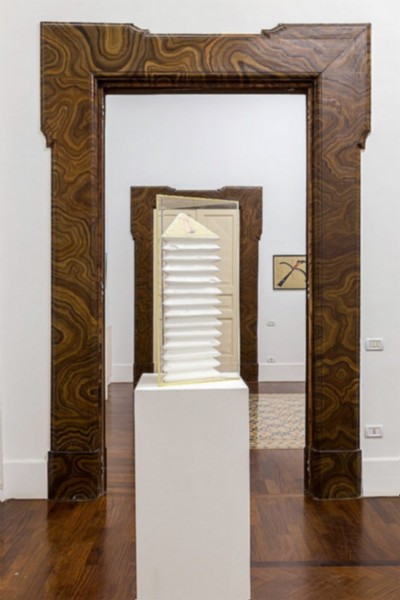 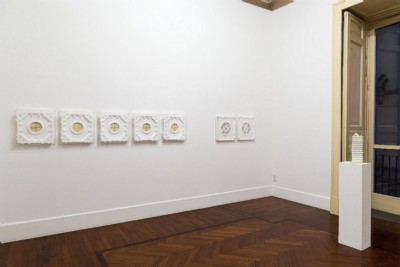 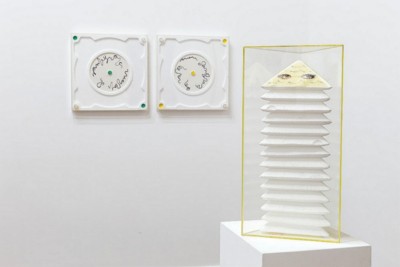 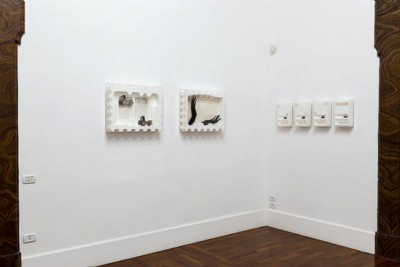 Galleria Tiziana Di Caro presents the second solo exhibition featuring Tomaso Binga (aka Bianca Pucciarelli Menna, Salerno, 1931) hosted in the gallery's premises, opening Wednesday, December 7, 2016, at 19:00. The exhibition includes a selection from the Polistiroli series of works of and the Ritratti Analogici. This exhibition, similarly to Scrivere non č descrivere [To Write is not to Describe] held in September 2015, aims at describing various moments of the artist's production starting from the Seventies, which saw the outlining of the main guidelines that have made Tomaso Binga a central artist in our culture.

This exhibition is a sort of remake of two 1972 solo exhibitions both entitled Il polistirolo e i ritratti analogici and featuring the artist, the first held in Rome in May at the Paesi Nuovi Art Gallery and the second held in Naples in December at the Diagramma 32 art gallery. The two share one element on which Tomaso Binga based much of her production between 1971 and 1973: the use of styrofoam.

Binga creates collages by recycling packaging material found inside cardboard boxing and creating what in the Diagramma 32 exhibition catalog Italo Mussa called "image objects." All sorts of packaging material are turned into works of art. Binga is attracted to styrofoam "as waste material" and uses it as such, almost without making any changes, retaining the exact marks of the objects originally contained in it. The styrofoam packaging is therefore considered for itself, without undergoing changes and manipulations; it does not contain a meaning, not even a metaphorical one, but is viewed as a sculptural form, preserving a precise volume in space, as well as the basis – when not an architecture when followed by an "operational procedure" – for the creation of a collage. And it is in the collages that stories are narrated, representations take place, anecdotes are told.

The exhibition opens with Autoritratto [Self-portrait], one of the few cases where Binga alters styrofoam by superimposing two volumes, a circular one representing a face and an horizontal one indicating the line of the shoulders, the whole completed by two images: a mouth and one eye (as to mimic winking). Although outlined with few essential elements, this face relentlessly manages to be mischievous and flirtatious.

The room that follows features a multitude of works, in which of course the color white prevails, becoming the perfect background for the most diverse representations, yielded through the more traditional means of collage. Figures and symbols of various kinds are featured, as well as parts of the body described through a very personal interpretation of anatomy, but also are inserts of "desemantized" writing, an element that characterizes the work of Tomaso Binga throughout the decade.

The exhibition ends with a series of Ritratti Analogici [Analogue Portraits], two-dimensional works in which one of the historically more established painting genres, the portrait, is no longer yielded through figures, but through the initials of first or last names matched with various elements such as hands, legs and eyes. The graphic symbol replaces the detailed physiognomic description, and what really stands out is the presence and the appearance of the letters, anticipating an experience that will become central to Tomaso Binga's work, especially in the most inventive phase of her production, which focused on the relationship between visual art and word.

Tomaso Binga took on this pseudonym in order to challenge, through humour and displacement, the privileges of the male world. She deals with verbal-visual writing and is among the leading figures of phonetic-sound-performative poetry in Italy.