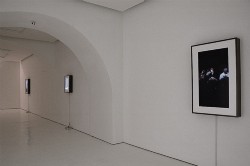 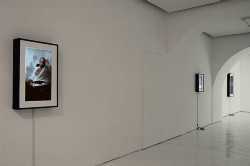 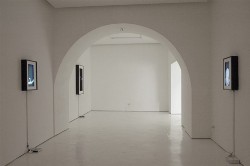 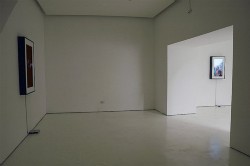 Galleria Tiziana Di Caro is delighted to host the second solo exhibition of works by Susie J. Lee, opening on Saturday 25 September 2010, at 19.00.

Two years after Bodies of Water, an exhibition featuring video installations and video sculptures, Susie J. Lee returns to our gallery with a new project in which a reflection on the portrait is expressed through video. This work extends beyond a past interest for biological sciences that had marked her work for many years. The Salerno exhibition will feature a series of works inspired by a collaborative experience with the Washington Care Center in Seattle, where she met a group of elderly residents, who directly inspired these works. Thus, the works are the result of a direct personal experience where meetings, conversations and exchanges brought about a reflection on the relationship between present and past life.

The series of works on exhibition, entitled Still Lives, marks a precise synthesis in which compositional structures recalling the works of past masters such as Francisco Goya’s “Black paintings” are brought together with the experiences of contemporary artists such as Andy Warhol, Lutz Mommartz and Robert Wilson. This can be seen in the austere settings where the human being is deliberately explored through a psychoanalytical attitude, and where the portraits are not intended as fixed, stolen moments, but as structures in progress, steadily following the flow of time. At first glance, these pictures look like photographs, but repeated observation reveals swift or slow movements, such as breathing or a change in expression, thus reinforcing the idea of showing that an individual changes and transforms over time.

Compared to earlier works, where Lee focused on matter and its relationship with the universe around it with an approach and research of precise scientific attitude aiming at emphasizing the physical essence of forms, this new production aims at analyzing time and the consequences it can have on the individual, shifting the attention from within the matter to its outside.

The exploration undertaken by Susie J. Lee progresses in Salerno, with the presentation of works produced during a one-month stay of the artist with Casa Albergo "Immacolata Concezione."

Susie Jungune Lee was born in Hershey (Pennsylvania) in 1971, to Korean immigrants and grew up in Grand Forks, North Dakota. She was awarded a Bachelors of Science in Molecular Biophysics and Biochemistry at Yale University and a Masters in Education at Columbia University. She received her MFA at the University of Washington. Lives and works in Seattle (WA).