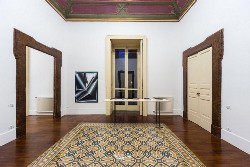 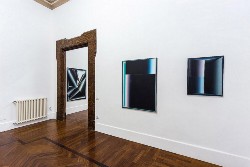 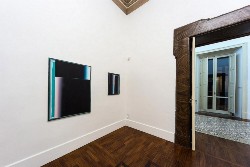 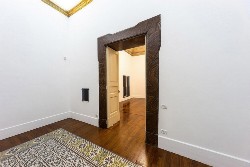 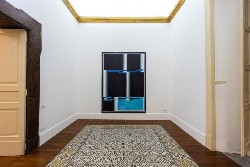 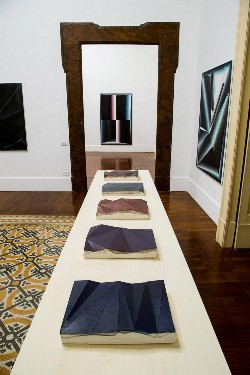 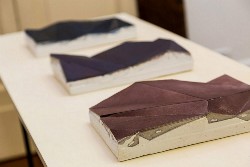 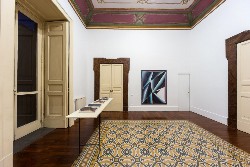 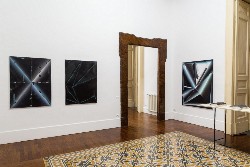 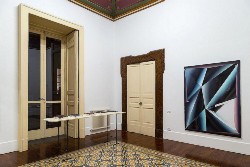 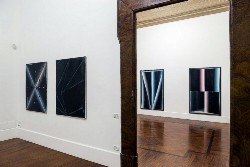 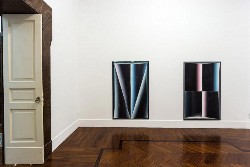 Tiziana Di Caro is delighted to host Deserted Corners, Collapsing Thoughts, the third exhibition of works by Stanislao Di Giugno (Rome, 1969), opening Saturday, March 12, 2016 at 19:00, in Piazzetta Nilo 7, Naples. The exhibition includes works created in 2016, and formally different from what was presented at previous exhibitions (2008 saw a double solo exhibition with Alessandro Piangiamore at the gallery's Salerno premises, while December 2009 saw the opening of his exclusive second solo exhibition Landescape). The tendency to alter sense logic is the element that has always characterized Di Giugno's work, which over the years has had a transversal path, passing through figurative painting, collage, the often sound-based installation, sculpture, abstract painting. In his production from 2014 until today, despite the total autonomy of the pictorial medium, Di Giugno summarizes the full route from his first artistic experiences to nowadays, maintaining a recognizable formal matrix. The artist is interested in exploring the physical characteristics of materials, paying attention to characteristics such as volume, shape and size.

The result consists in abstract and geometric forms that inform his imagination, to be then used in a repetitive manner. They are extrapolated from more complex forms that the artist finds in various sources, primarily design objects, car parts, fragments of billboards or magazine adverts, which he obsessively collects as relics of the urban landscape in which he spends his daily life. All these suggestions produce an allure for forms and color gradients. In his collages, his works on paper as well as in his paintings, Di Giugno tries to elude the border between two-dimensionality and three-dimensionality, playing with the endless possibilities and relationships offered by the juxtaposition of planes and shadings. His works are paintings involving layering where the first layers are replaced almost completely by the ones that follow in endless afterthoughts that relentlessly undo the previous work, as if in a constant feeling of dissatisfaction. Sometimes, however, some portions resist and in the final arrangement appear as fractures, tears in overlapping pages in a collage, or as retinal impressions of images quickly gone by. Another element detectable in Di Giugno's painting is the tension between the formal rigor, i.e. the attempt to simplify the work through geometries and colors, and a more expressionistic gestuality in which the brushstroke is visible and uncontrolled. The works in the exhibition consist of broken lines that outline chromatic backgrounds. These are characterized by the use of color gradients that define volumes and depth.The abstract shapes take on a hermetic appearance when the canvases are replaced by plaster, unfolding on small horizontal surface portions. These small works dwell on the border between sculpture and painting; within them, forms rise vertically, outlining areas of light and shadow.

While in the artist's non-pictorial works of past years the form and methods used to express an idea were varied and functional in the expression of the idea itself, in his recent paintings and sculptures the physical appearance of the materials is an integral part of the idea, i.e. form corresponds to content.The content of the painting is the painting itself. (Stanislao Di Giugno)