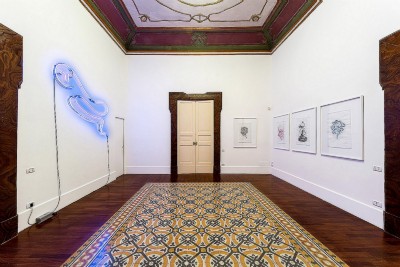 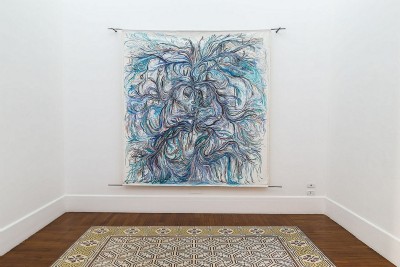 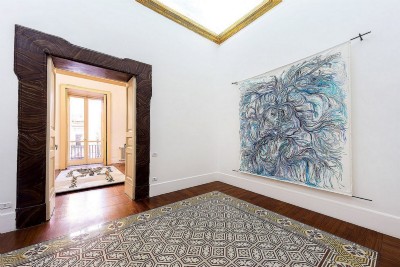 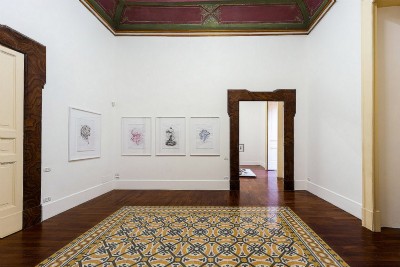 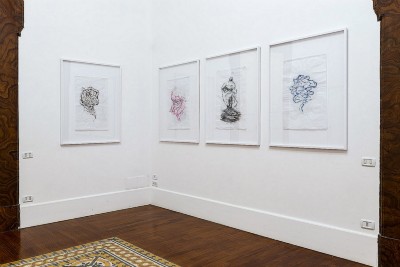 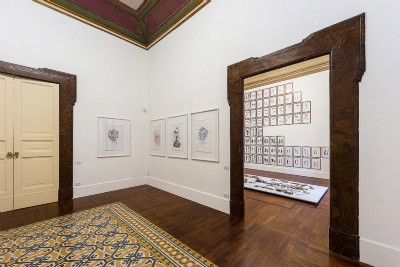 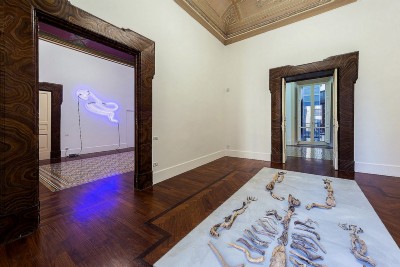 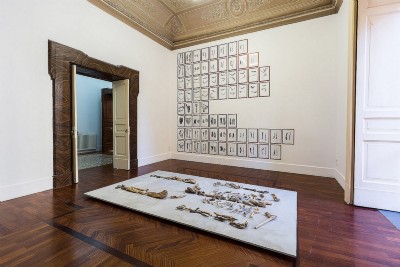 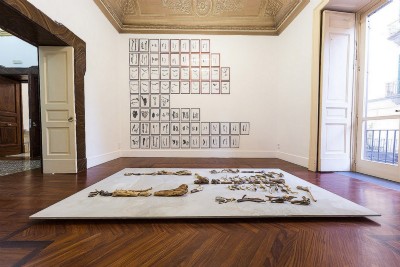 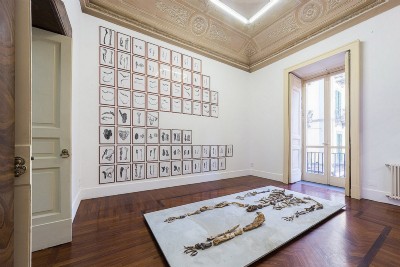 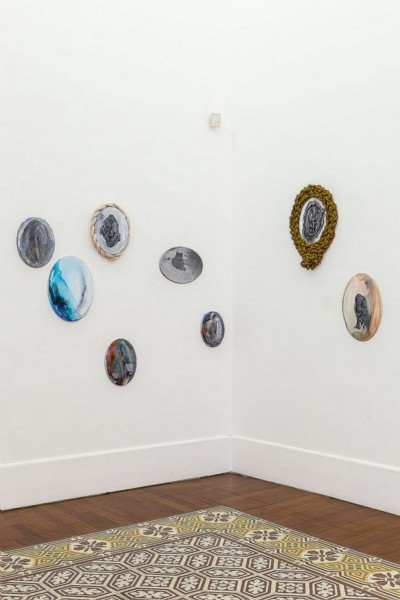 The exhibition includes works produced in the last three years and illustrates the flexibility of Sissi’s approach, which includes different types of mediums such as installation, drawing, painting, in which the technical aspect coming from a penchant for manual skill focuses on the human body, always at the core of the artist’s work, which is almost scientifically analyzed through tools and methods borrowed from disciplines such as archeology and anatomy.

The project planned for the Tiziana Di Caro gallery is very narrative and develops between “two tides”: one using painting, which appears as turbulent and introspective, the other more sculptural and reflective, as if emerging from a liquid dimension.

The exhibition begins with a painting, installed as if it were a banner. This is the representation of a hidden entity, a blue venous being, which refers us immediately to the conceptual habitat of this project: the sea.

As always, the artist’s work is placed in the middle of a double track, where scientific research is proven, in a surreal paradox, by imagination and emotional research. All the elements of the work take us into a liquid dimension, the sea of gut instinct, in the words of Sissi, which leads us to the discovery of the remains of “Il Naufrago: ondeggia ubriaco perdendo la testa” [The Castaway: He Sways Drunk Losing His Mind] (2014), an installation featuring scraps of wood found on the beach, which are analyzed and organized like in an anthropological investigation. The Castaway, a prey to the waves of the sea, loses his mind. The artist first reconstructs his skeleton and then decides its specificity through an Atlante [Atlas] (2015 - 2016) which looks like a kind of reconnaissance manual consisting of more than seventy plates. The presence of the remains of this massive figure leaves us in a suspended dimension, perpetuating in the quest for an identity and reason that seem temporarily missing. The loss of physiognomic references can be noticed also in the oval paintings, where the alleged images are rarefied like faded photographs where at times one may detect anthropomorphic shapes.
A more recent production features a more lyrical moment, both from the point of view of the signifier and the signified. These are drawings in which the artist seems to give voice to the featured images, which are in fact complemented by words. It is as if they were poetic notes, elements of a diary written by these sea dwellers who accompany the viewer towards the final work, a blue neon, which like a human wave causes the silhouette of a female figure to be confused with the sea line, in a total harmony between man and nature.