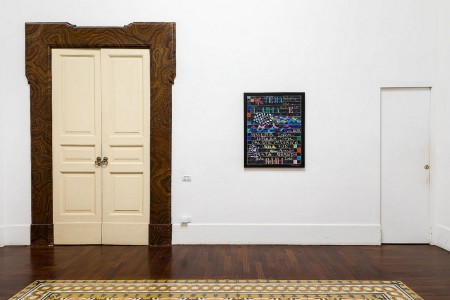 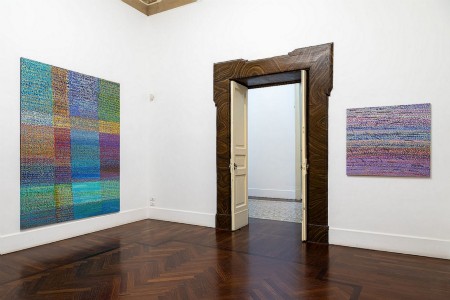 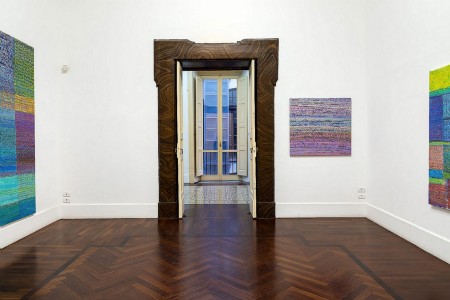 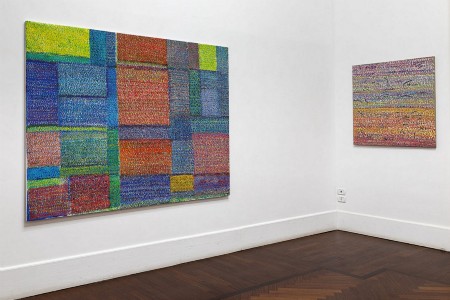 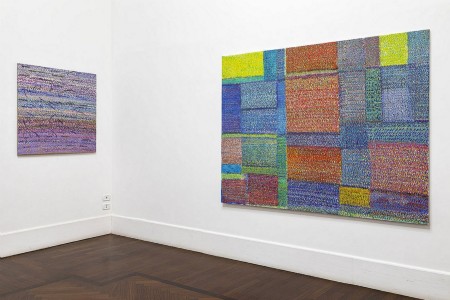 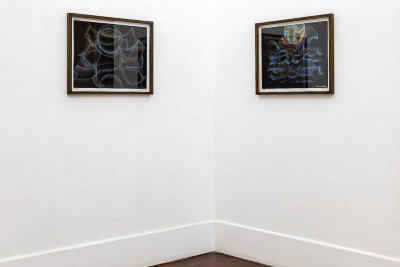 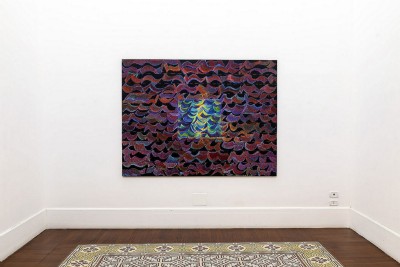 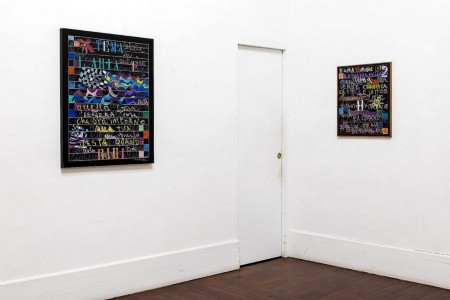 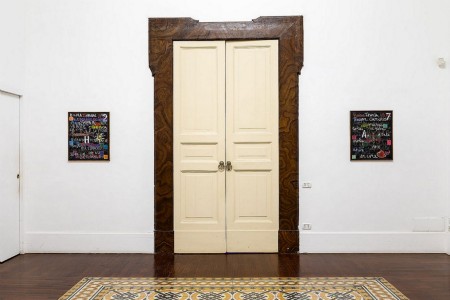 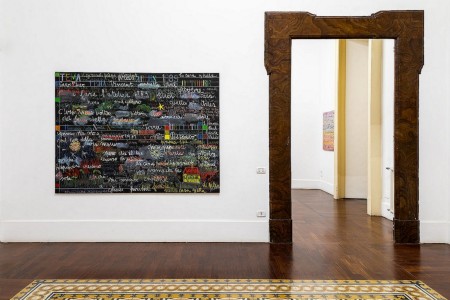 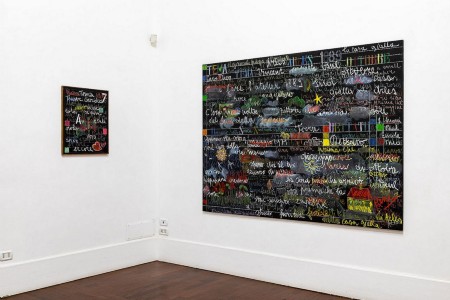 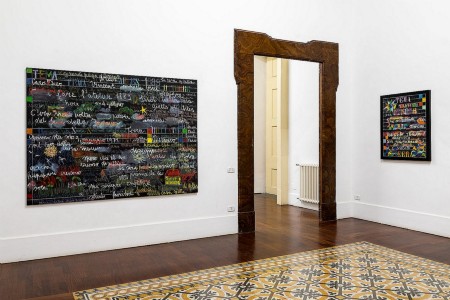 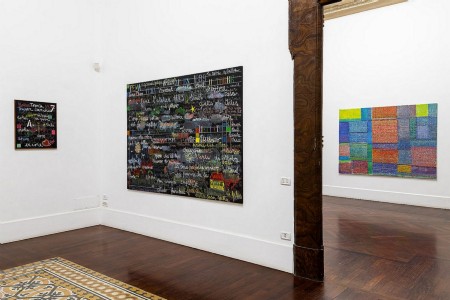 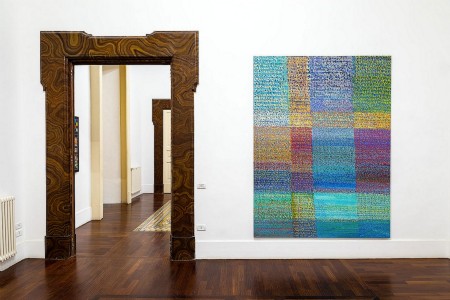 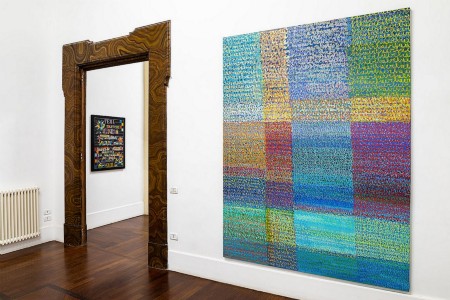 The Tiziana Di Caro Gallery will be hosting for the first time in its premises a solo exhibition by Simona Weller, entitled La pittura č facile e difficile come l'amore [Painting is Easy and Difficult Like Love]. Opening on Thursday 21 March 2019 at 19:00 (Piazzetta Nilo, 7 – Naples).

The project includes a selection of works that represent the three visual cycles that have marked Weller's work since the early Seventies up to this day.

The title of the exhibition was inspired by a poem that Cesare Vivaldi dedicated to the artist in 1974.

Simona Weller was born in Rome in 1940. After her classical studies she enrolled at the Academy of Fine Arts, graduating with Ferruccio Ferrazzi and Mario Mafai. As a UNESCO scholarship winner, she lived and worked in Thailand, Malaysia, Egypt. On coming back to Italy she settled in the Umbria countryside where she brought up her two children, David and Micol. In summer she would move to Finalborgo (Savona) and join a varied community of artists (from Scanalino to Reggiani, Mondino to De Filippi to Nangeroni and even Warhol), in the full creative swing which marked that area during the Sixties and Seventies. In the 2000s she finally decided to settle in the Faliscan village of Calcata, forty kilometers from Rome, where she still lives and works.

Painting with words is the recurring element of Weller's work. Words are chosen for their concision and their particular outlining. For example: erba, alba, mare, grano [grass, sunrise, sea, wheat]. Using oil pastels and skillfully superimposing primary and complementary colors, Weller manages to create a sort of texture whose effectiveness is understood only by looking at the work from afar. Yet the words are treated both microscopically and macroscopically. An example of this can be found at the beginning of the exhibition path with a 2014 piece called Plenilunio [Full Moon]. In this painting the artist uses a writing featuring macroscopic patterns that mimic fragments of a symbolic word, such as mare [sea].

The result of the macroscopic reinterpretation of this word creates an effect of great suggestion and synergy between sign and image.

In Plenilunio a glimpse of light, rendered through vivid chromatic variations, is placed in the middle of the piece, becoming a revealing element. It is in this detail, in fact, that the theme of the work is exalted and revealed.

The second room hosts a selection of paintings in which the practice of "painting with words" stands out even more. In fact, these works feature chromatic writings that are repeated and overlapped in a dense and continuous manner. The artist uses a particular technique in which her writing with solid oil allows her to alternate and overlap words that suggest the feeling or memory of a visual emotion like a dawn or a reflection in the sea.

Images and words are not in direct connection, but they relate to each other like in an Aristotelian mimesis, whose formal synthesis is to be searched in the broad theme of nature. It is no surprise that artists like Claude Monet, Vincent Van Gogh and especially George Seurat have always been an inspiration for Simona Weller's use of color. When observed close up, these works look like mysterious graffiti, but when moving away from the painting and reaching the right distance, the enigma vanishes, as in fact we suddenly see landscapes dominated by the sea, meadows, flowers, the sun and sometimes even the wind.

The third room hosts the blackboards, pieces featuring a black background in which Weller develops actual compositions, like the ones we all had to write at school. In these, the lettering becomes vivid, readable, akin to a child's writing. But every element in this phase is deliberate. The blackboards are geographies of thought treated with extreme freedom, and the visually tormented and almost obsessive aspect of other works here becomes clear and playful. The meanings are never undermined by a disordered compositional structure, because the artist uses mistakes (here appearing as erasures) functionally to the general construction which, despite the apparent disorder, maintains an internal rhythm of its own. A sign element such as the mistake is essential, just as the childlike drawing that often creeps between words. Not surprisingly, as Claudio Strinati once wrote, one of the artist's most successful pieces is Una lavagna per pensare [A Blackboard For Thinking].

In a statement from 1973, after having exhibited her first pictures of this phase (blackboards and notebooks) at the Rome Quadriennale, Weller highlighted the relief she experienced with this new research. The conquering of an unexpected freedom and the courage to paint what she had never dared to express, ignoring pretty drawing, pretty material, pretty painting.”