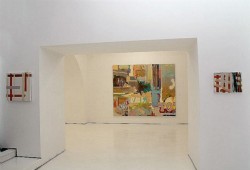 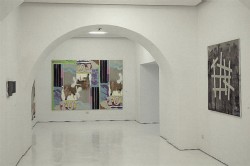 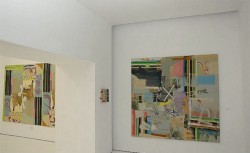 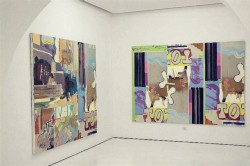 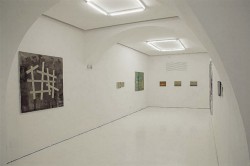 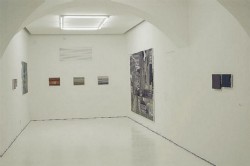 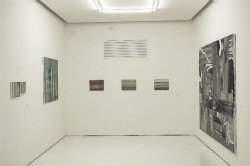 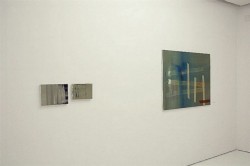 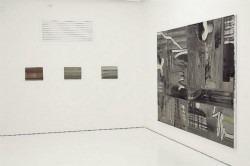 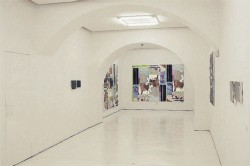 Galleria Tiziana Di Caro is delighted to announce the first personal exhibition of works by Nicoląs Pallavicini in an Italian art gallery, starting Saturday 28 February at 19.00.

Since 2005, central to Pallavicini's research is the landscape, which is directly analyzed with the support of an art historian, a geographer and a physicist in order to uncover its various aspects and features: the works belonging to that period, all large sized, feature wide brush strokes in which the abstract facet does not completely conceal elements such as sections of sky, land, views. Nature is therefore "portrayed by another, analogous nature" The works in display at the gallery will include various-sized canvases produced during 2008. They feature some kind of fracture, although the landscape is still represented as a borderline territory and the work method remains unvaried; thus, the artist never leaves anything to chance, and manages the resources offered by painting without ever failing to comply to its rules. This approach has allowed for the development of a stylistic freedom without denying the teachings of the past masters. The sign develops according to chromatic segments: an interpretation of disorder, directly connected to the current typical formal reason, which becomes the leitmotiv of this production. The subject is further fragmented, aniconicized, at times recomposing itself through a complex synthesis of signs, colors, letters, and at others dissolving into monochrome. "Thus is the nature of this series of pictures, which do not intend to create a univocal language […], but rather imagine possible settings".

Nicoląs Pallavicini was born in Buenos Aires in 1976. Lives and Works in Rome. Since the year 2000 works with the independent Rome based research group "Complot S.Y.S.tem" joining numerous international appointments including two Venice biennale of Architecture in 2006 and 2008. Besides the group held and organized a series of conferences and debates mostly in Italy and soon became well known as one of the most critical voices regarding arts, architecture and society in general. In 2005, invited by the "factory Berlin" in the German capital, elaborates the piece "Lezioni di pittura a Tora Bora" with dancer and performer Iker Filomarino. Curated by Antonio Arevalo participates to "Tramonto Latinoamericano" in a collateral event of the 51st Venice biennale, was selected in 2006 by the G.A.I. for the exhibition "Arte&Sud" in Sicily, to end with his first big solo exhibition "Anatomia del Paesaggio" at the "Centro Cultural Borges" in Buenos Aires in December 2007.