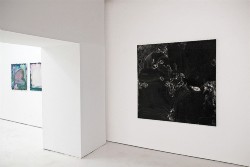 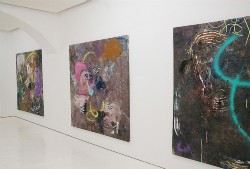 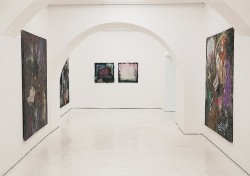 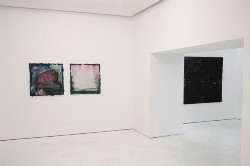 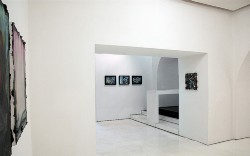 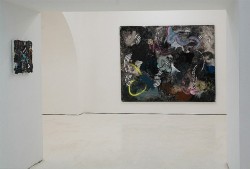 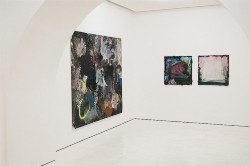 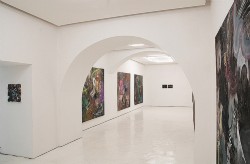 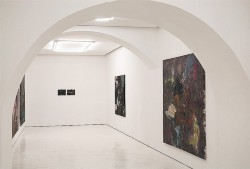 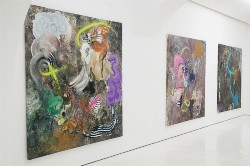 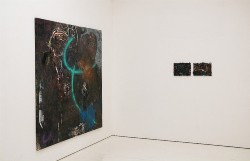 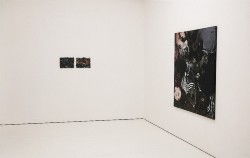 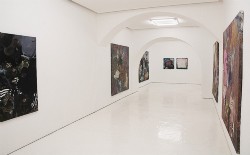 Galleria Tiziana Di Caro is delighted to announce the third solo exhibition of the works by Nicolŕs Pallavicini (Buenos Aires, 1976), titled Antihorizon, opening Saturday 18 May 2013, at 19:00

With this project Nicolŕs Pallavicini will feature his latest production, in which, through paintings, the artist places himself on the border between two different contexts, in an area where human thinking seems to be left disoriented.

His artistic path is very well defined: from the landscape interpreted in a traditional way, he passed through the urban landscape, which at that time was moved by caos. This caos is the core of the project Antihorizon. The titled indicates a no man's land, where space and distance are cancelled. Here the visitor comes to a crossroad, whose roads correspond to two different production areas.

The first one is characterized by soft and emotional gestures, which evoke atmosferic expression, very intense concerning the colors, but inspite of this, they look rarefied in terms of form. The second one refers to error, to cancellation, and to catastrophe, terms which have already been very important for his production of 2011 (Praxis – Mimesis), but at that time the artist's goal was meanly formal, while now the tie up of the brush strokes, and the so complicated matter induce to foreboding. Once again painting is a subversive act, which is swinging between confusion and disorder, between caos and numbness.

What is very characteristic of the last production, is an attitude to perform a very evident pictorical action, which corresponds to a phisical attitude towards the paintings: the brush strokes are sometimes substituted by the spatolato, so that they are always more and more intense. More often he stomps on the canvas, without worrying about the consequences of this action: these footprints indicate a precise will, which is so impetuous and spontaneous and does not consider any afterthought.

Nicolás Pallavicini was born in Buenos Aires in 1976. Lives and works in Munich (Germany). Since the year 2000 works with the independent Rome based research group "Complot S.Y.S.tem" joining numerous international appointments including two Venice biennale of Architecture in 2006 and 2008. Besides the group held and organized a series of conferences and debates mostly in Italy and soon became well known as one of the most critical voices regarding arts, architecture and society in general. In 2005, invited by the "factory Berlin" in the German capital, elaborates the piece "Lezioni di pittura a Tora Bora" with dancer and performer Iker Filomarino. Curated by Antonio Arevalo participates to "Tramonto Latinoamericano" in a collateral event of the 51st Venice Biennale, was selected in 2006 by the G.A.I. for the exhibition "Arte&Sud" in Sicily, to end with his first big solo exhibition "Anatomia del Paesaggio" at the "Centro Cultural Borges" in Buenos Aires in 2007. His first solo show at Galleria Tiziana Di Caro, "Reverse", was in 2009, whereas the second, "Praxis – Mimesis", was in 2011. "Malerei", a double solo show with Carlos De los Ríos, is his most recent exhibition in Munich (Germany), in April 2013. In 2010 Arte al Děa International reported Nicolás Pallavicini as one of the sixty most promising South American artists.