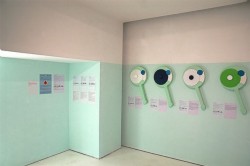 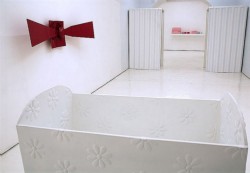 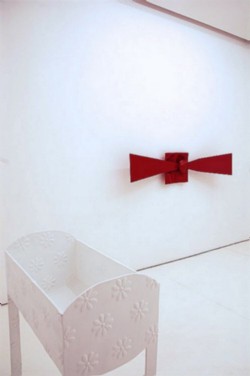 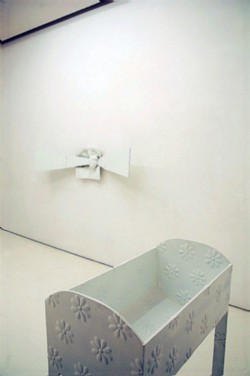 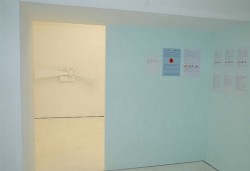 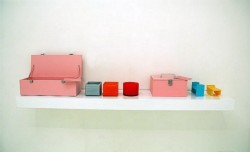 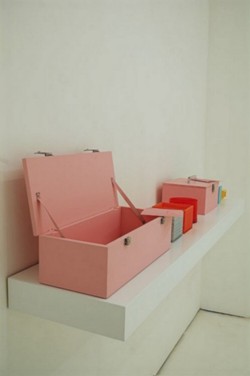 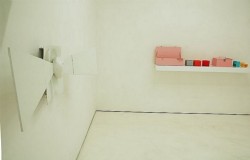 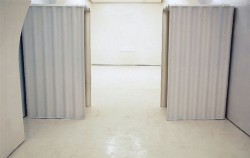 The exhibition includes works produced between 2009 and 2011, through which Monica Alonso intends to present her new work path featuring a strong connection with "psycho – spatial" therapy, consisting in locating psychological and emotional reactions beyond the artistic and aesthetic trait, and transforming the exhibition location in spaces of perception and analysis aiming at stimulating the viewer to build his/her own personal therapeutic dimension.

In the last few years, Monica Alonso has concentrated her investigations on anguish, which she had already dealt with in a massive installation called Angustia Fria – Angustia Caliente (Cold Anguish – Warm Anguish), produced during her CAM plastic arts grant-residence, which saw her travelling from Norway to Brazil going through different places in order to test the changes of emotion according to variations in temperature, a theme she had previously explored with Calor, her first solo exhibition in Salerno, in 2008.

Angustia Blanca is intended as a system set up to actually stimulate anguish in the viewer. Paraphrasing the expression "carte blanche", the artist leaves the viewer in total freedom to build his/her own emotional dimension, opening all possibilities as regards fear, its recognition, localization and, ultimately, the control over it. The works on exhibition are all white, with a very slight hue of flesh-toned colour. Angustia Blanca (2011) is a spatial installation featuring two huge boxes – booths – sarcophagi, inside which the viewer can experience an environment which evokes the anguish of life and its possible form after death. Further experimenting may be carried out through Angustia de Viaje (2009 – 2011), a piece created to experience travel with anguish, in order to invoke it, feel it, live it. The piece consists of a suitcase containing Cold Anguish, Warm Anguish and Antidote: Love. An instruction leaflet shows how to use it. another ‘travel' piece is Des-equilibrio de Viaje (2010 – 2011), a piece featuring two small beds, one blue and one yellow. The viewer is offered the chance to travel together with unbalance, actually inducing it in order to draw from the hidden resources of our inner being. Here too, a leaflet with instructions will show how to use it.

The exhibition is rounded off by the presentation of Capsulas Ti, a project which Monica Alonso has been working on since 2004 and which entails the viewer filling in a questionnaire whose answers will be the heart of the work, in a sort of emotional and existential portrait which moves away from highlighting the artist's emotion, to focus instead on the viewer's.