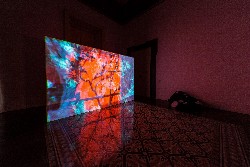 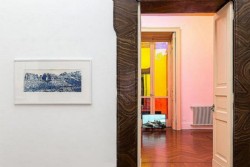 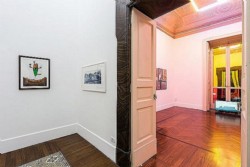 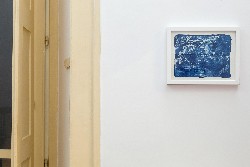 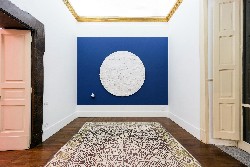 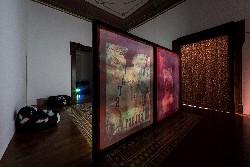 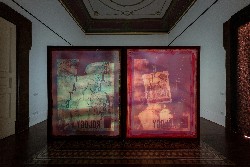 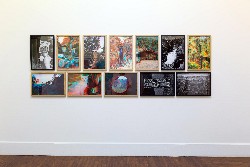 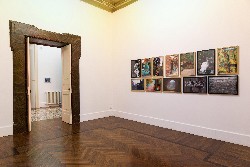 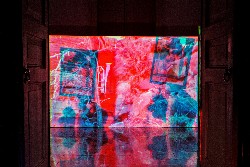 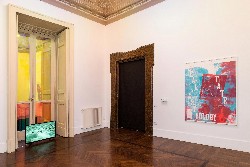 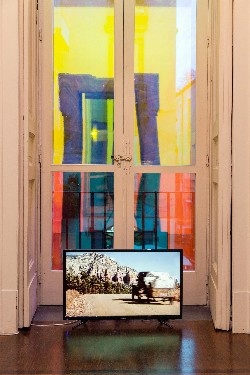 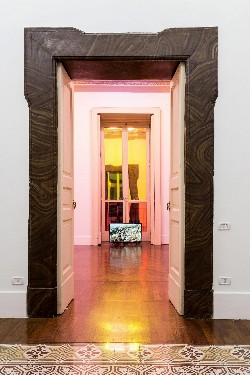 Galleria Tiziana Di Caro will be hosting a solo exhibition by Maxime Rossi (Paris, 1980) titled It’s a Zodiac Rain, opening on Friday, December 18, 2015 at 7:00, at its premises on the 1st floor of Palazzo de Sangro in Piazzetta Nilo 7, Naples.

Two years have gone by since Kemosabe, the first solo exhibition by Rossi in Italy, which was held in the gallery’s Salerno premises, and which dedicated a series of works (photographs, sculptures, performances) to Max Ernst, whose suggestions Rossi got to explore during a trip to Arizona, which from 1941 to 1953 was home to the German artist who had fled from Europe and the war, and where he painted some of his most important works.

Continuing with a method involving the collaboration with artists and artisans of the past and present, Rossi develops a research of inquisitive references, in which his works reveal specific stories. Time and the constant switching between past and present represent the line along which the French artist always elaborates his work. It’s a Zodiac Rain (a wordplay, as it is the anagram (but with an extra “s”) of the name Tiziana Di Caro) seems to want to take up the subject where it was suspended two years ago. Turning once again to Max Ernst, the exhibition includes two films, a series of photographs and another group of works already included in Kemosabe, which represent a sort of déjŕ-vu of the Salerno exhibition, thus serving as a liaison between the two moments.
Two Owls on a Mountain, and a Snake at the Bank features a car dashing through the distinctive Canyon landscape. The viewer does not have many elements to understand that the car driver is Max Ernst, and that Dorothea Tanning is sitting next to him; the two are crossing the U.S. east to west and once arrived at the rocky hills, Ernst realizes that those landscapes, which he thought he had invented and which for many years he had imagined and painted, actually existed, and decided to stop and live there. Continuing in his investigations and by serendipity, Rossi made an unexpected discovery: an unknown hut built by Ernst in an almost inaccessible canyon, a Hopi shelter carved into the rock. The shelter is the subject of a series of 3D photographs, where it is described in the smallest details, some of which are unmistakably connected with Ernst. The photos ensure that visitors arrive at the core of the project, i.e. the 2015 3D movie Real Estate Astrology. The title is taken from a custom that involves astrology in choosing a home which is used frequently in Sedona, a city that over time has become an important New Age center.

Following in Ernst’s footsteps in Sedona, Rossi explores Arizona’s peculiar landscape and the lovely look of its vast and rocky desert, which left a deep mark on the spirit and work of the secluded artist. The images describe the places, guided by the voice of an astrologer into this architecture discovered from the sky, and Ernst is described through his natal chart (which has been rectified, because the one by Breton, which is mentioned at the beginning of the film, was incorrect, as it was based on a moment which was thirty minutes away from Ernst's actual birthday). Through the use of astrology and a distorted stereoscopy, Maxime Rossi offers us a journey in which mysticism does not replace but adds to history, placing itself in the same framework of intents. Real Estate Astrology reveals its complexity also in terms of technical realization, in fact it was edited by two different people, who worked separately and produced two different sequences, one for the right eye and one for the left eye. The use of 3D glasses, which are blue and red, emphasized the color of the landscape described in the film (where the stones look indeed blue and red). Once again Maxime Rossi enriches his work with a lot of different meanings, involving different people, ideas and energies, and lets the viewer move from theme to theme in a circular and sometimes magical experience.