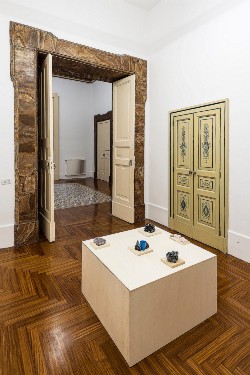 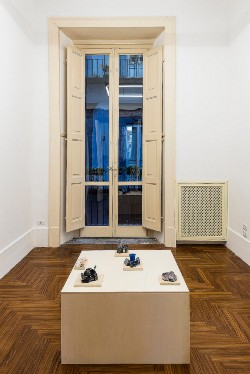 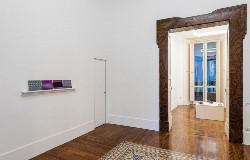 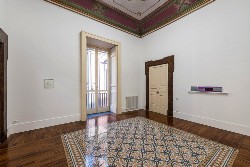 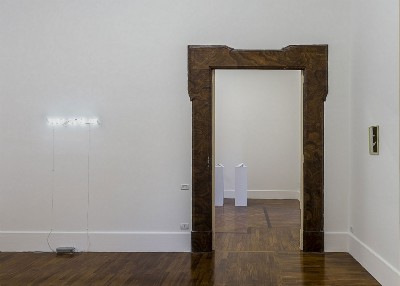 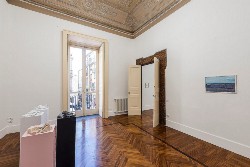 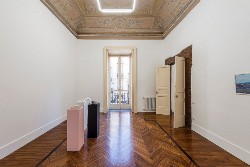 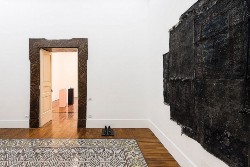 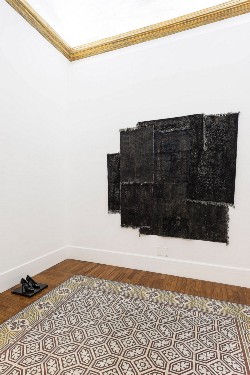 Galleria Tiziana Di Caro inaugurates its new Naples premises, on the first floor of Palazzo de Sangro in Piazzetta Nilo 7, on Saturday, March 28, 2015 at 19:00. The inaugural event is the first solo exhibition by Maria Adele Del Vecchio (Caserta, 1976) called Within, Rather Than Above, which includes works created exclusively for the spaces of the new gallery.

The work of Maria Adele Del Vecchio is heterogeneous, as are the themes she deals with, from politics, to history, from literature, to sociology, but all connected by a common principle: to overcome the tendency to mass hypnosis, cancelling those automations that alter the behaviour of the human being. The title, Within, Rather Than Above, refers to a specific approach which involves the desire to give back a renewed character of essentiality to aesthetic contemplation: the idea is to work on the relationship, the “emotional correspondences” that arise from everyday experience, from the direct contact with objects that become works themselves, in an attempt to formulate a new language that contributes to the growth of awareness of oneself and of the other in space. A cup in which the coffee dregs have become mouldy, a teaspoon and a brooch in the shape of a Pierrot are the poetic elements of three of the five sculptures, The Melancholies, imagined like female beings whose evocative power permeates objects and mineral ore referring to situations and specific people. In this same emotional dimension, where the memory and poetry trace the path on which to proceed, Maria Adele Del Vecchio presents General Semantics (Il naufragio della speranza [The Wreck of Hope]), an installation that quotes the 1824 painting by Caspar D. Friedrich, whose plasticity – impressive, given that it is an oil on canvas – is transferred to a third dimension which translates into sharp marble. In this work the artist borrows (and this is already clear from the title) all the principles expressed by Alfred Korzybski, and in particular that of non-identity, which he summed up in the famous expression “the map is not the territory.” The empty stereograms, Pollution #1 #2 #3, #4, are works in which the viewer is asked to probe the depth in which a graphic sign lies but which, this time, he/she will not find, because the artist performs an illusion within the illusion, creating an image that looks stereoscopic, but in fact is purely abstract. The short circuit that involves vision is even more clearly expressed in the work Glittering Scotoma, a mirror with an area from which the artist has removed the layer of silver to emulate the scintillating scotoma, a defect of vision consisting of a sort of blurred area that alters the field of vision. The act of looking at oneself in the mirror compromises the field of vision and our virtual image is disrupted, as is the neon sign RATS LIVE ON, in which the American poet Anne Sexton’s palindrome (Rats Live on No Evil Star), which is written on her tombstone, was truncated and its content, in passing from one sentence to the other, is overturned with great immediacy from concrete to poetic and vice versa. The exhibition appears like a summary of references, hints, memories, a collection of diverse stories. The suggestions it evokes are related to an exploration that Maria Adele Del Vecchio leads with a philological attitude, always with an eye on her relentless aesthetic research.