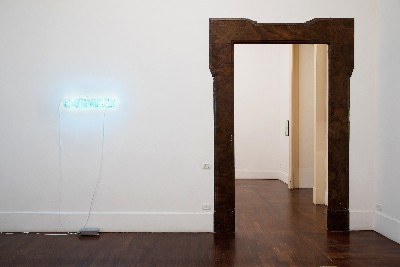 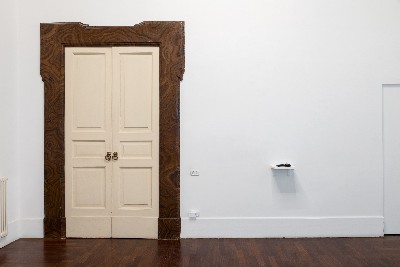 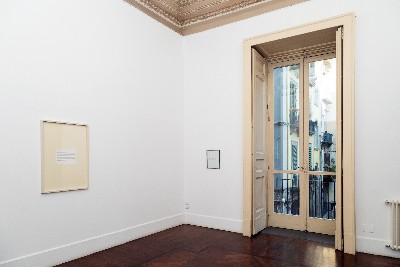 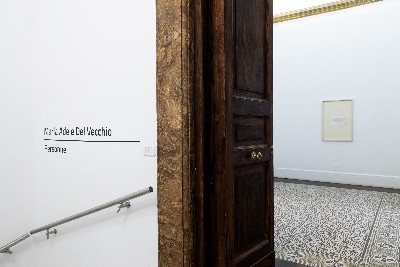 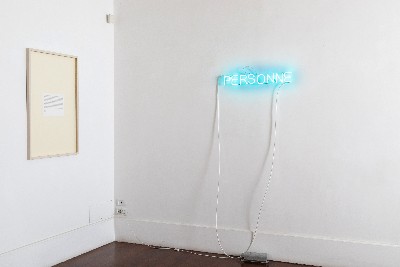 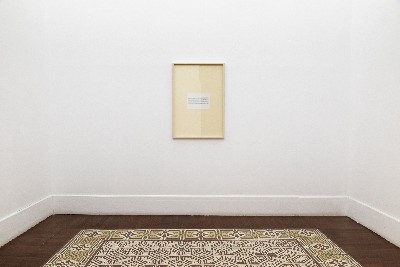 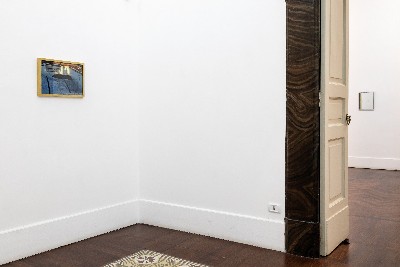 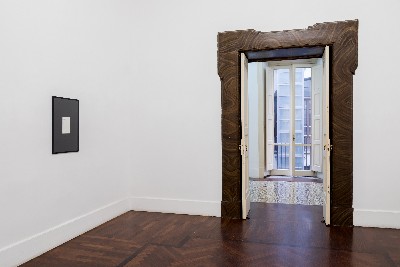 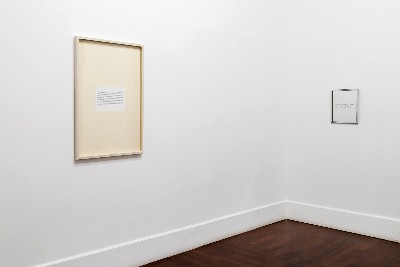 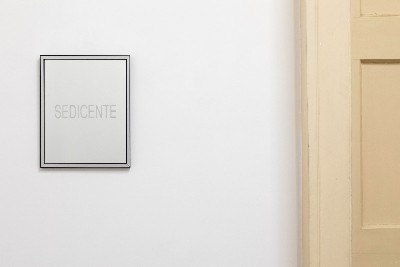 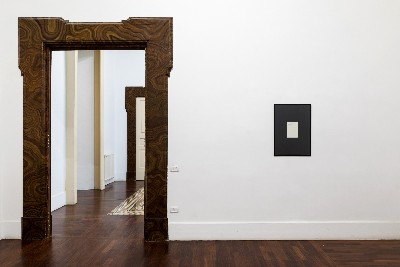 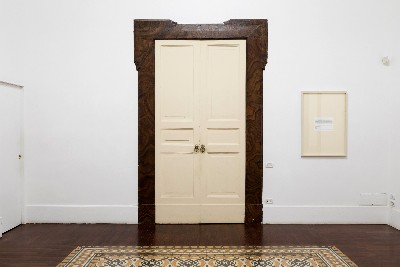 Maria Adele Del Vecchio’s work features a complex production: the themes range from politics to literature, from history to philosophy. This heterogeneity is at the same time contradicted by an endless coming back of motifs and concepts which, while appearing each time in the form of diversified fragments, create an ultimately unitary discourse. The title, Personne, refers to the constant reflection of the artist on identity: her own, that of the other and that of the featured object. The term, which in French means “nobody,” is contrasted by the assonance with the Italian persona (person), i.e.“somebody.” Few letters referring both to absence and presence. The word, in its linguistic sense before as a sign, is the creative medium favored by the artist, whose will is to underline the impossibility of renouncing and denying it, just like with language as a tool for freedom and cultural, political and social identification.

Drowning (2011) is a self-portrait. A swimming pool in the foreground, empty and neglected, dusty and faded, refers to the becoming, to the inexorable passage of time in which the being risks drowning. The figure of the artist appears in the distance, blurred. Sedicente [Self-styled] (2007) is a mirror that casts doubt, in a Cartesian exercise, on the veracity of recognizing one’s own reflected image. The question that oppresses is at the same time what frees man from mere narcissism and from any predetermined task.

The highlight of the exhibition is the cycle of unpublished works Il fuoco e il racconto [The fire and the story] (2019), which pays tribute to the eponymous collection of essays by the philosopher Giorgio Agamben, not only in the title but in the conceptual and creative expression too. Here, the very idea of creation is subverted, arising from the possibility of not being, from its non-power. It is told according to a need, to something that is missing and the missing feat is the key for the reading of the three critical and poetic writings included in the piece and centered on three different female figures, reflected in their titles: Una madre, Una peripatetica, Una strega [ A Mother, A Peripatetic, A Witch]. Memories of women, mothers and daughters, in a constant exchange of roles and identities.

Papapaparola (2012-today) reiterates the action of cutting out, from a particularly significant book for the artist, the words parola and parole [word and words], in order to create a collage that leaves only the initial syllable pa visible, right up to the last snippet which shows the full word. The work first of all reveals its phonetic dimension, illustrating the process of sound articulation staring from the very first, the one repeated by the child, up to its complete evolution in the use of the language, highlighting the passage of the human being from the state of nature to that of culture. With Untitled (2004), a gun on which a worn candle rests, the artist embodies a real narrative sculpture, inspired by the news. The neon installation – Personne (2019) – is a direct reference to the title of the exhibition and underlines how the word here is not only a communication tool, but also an object, a piece in itself. The entire work testifies to the complexity of the artist’s relationship with writing: a relationship revealed in its subtraction or, nonetheless, in the difficulty of its decoding, since it is only in its potential, in the openness to its infinite possibilities, that the work becomes action.