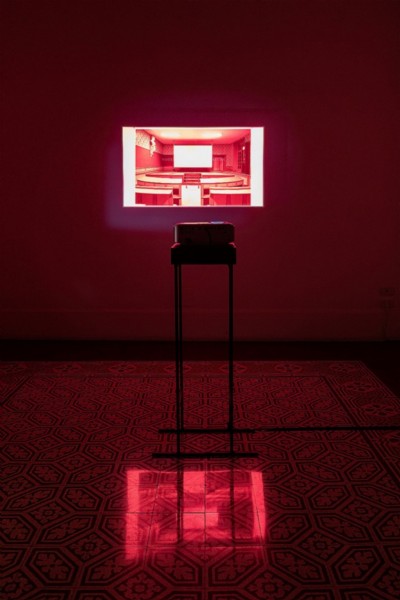 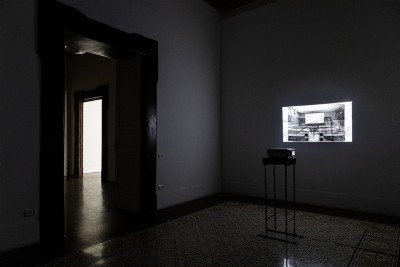 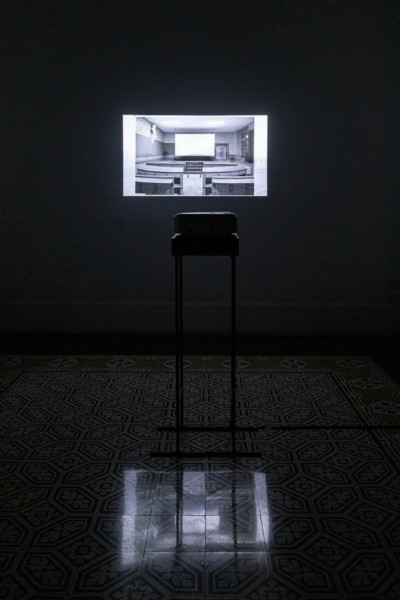 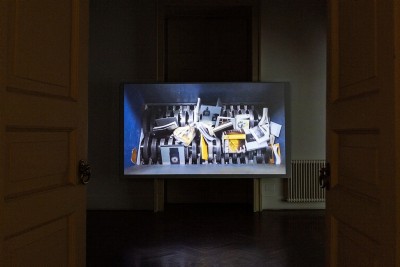 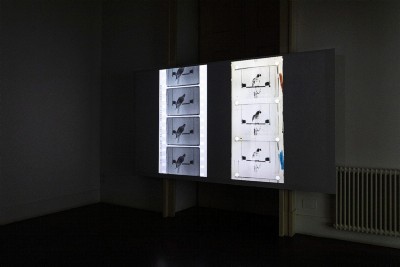 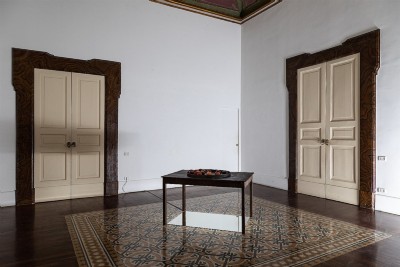 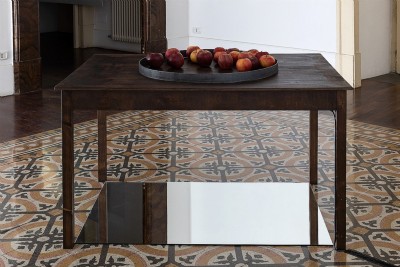 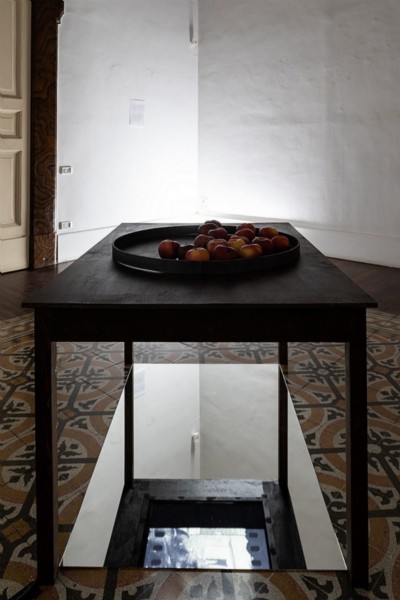 Lina Selander uses video and installation as her main work medium. History, politics and anthropological investigation are only some of the areas of interest within which she moves. The method she uses in her investigation is “archaeological” in the sense that Selander delves into reality to the point of highlighting human culture through the analysis of what typifies and surrounds it. In her works, footage mixes with unpublished and almost never narrative shots: through images that she carefully seeks and selects, Selander shows reality in a categorical manner and without intermediation.

The exhibition path opens with the installation Notes for a Film on Nature, created in 2016 and consisting of a projection on a photograph. The photograph shows a former courtroom currently used to host exhibitions. The video is shot from where the judge used to sit. The architecture of the courtroom is like a scenography with which the projection interferes more or less incisively depending on the intensity of the lights in the image. Sequences of shots follow one another, centred on natural elements of different kinds: the flight of birds, the moon that covers a small portion of its orbit, the sea depths as well as its surface, representations of flowers, or the Earth. The result is a description by images from which a clear reflection on the very enigmatic boundary between nature and its representation sticks out.

Diagram of Transfer No.2 consists of a sequence of shots in 16 mm film. The images that make up the video are variously assorted: we see a sequence that includes the Great Wall of China, various landscapes, desolate interiors among which we recognize the control room that we know is of a never-used nuclear power station. Among these images there is also that of a panda, who paints on a sheet placed outside its cage, using a bamboo twig dipped in black paint. The panda is awarded a carrot at every stroke. Diagram of Transfer No.2 is about a relationship: the one between man, who is definitely an exploiter of nature, and nature itself, which has to witness the consequences of the exercise of power, the results of which will be at our expense.

In Diagram of Transfer No.1, the viewer’s attention is immediately captured by a noisy book-shredding machine. Some titles can be read just before the machine tears them apart. These sequences alternate with fleeting images among which we detect the bust of the king of Uruk, a dove and a parrot, a 17th century engraving, some children dancing and others drawing, and a motionless Ouroboros in a guillotine, in a sequence of subjects apparently not connected with each other, but that together make up a kaleidoscopic universe of suggestions linked to reality and history. The images of the ripped-up books contrast with the attempt to put back together fragments of paper. Suddenly, the cover of The Discourse on Voluntary Servitude (Discours de la servitude volontaire ou le Contr’un) by Ă‰tienne de La BoĂ©tie appears, a famous essay that revolves around the idea that a tyrant exercises power only because the people allow him to, and in the context of the film this almost turns into a warning (against taking advantage of the greatness of nature and its countless possibilities).

In the last room there is a 2019 installation entitled The Weight of Images, first exhibited in Britain, at the National Holocaust Centre and Museum (NHCM). The work consists of a table placed on a mirror, which reflects a projection whose source is underside of the table. In the video, images flowing very slowly follow one another, some of which are taken from photo albums: they are quotations of varying intensity relating to the Holocaust, often not shown fully but only in fragments. Some of the photos were shot in the gas chambers. The Weight of Images is a work on memory and how it is preserved over time, or conditioned by it. The Gorgon Medusa, who has the power to petrify, is mentioned several times. If we stopped contemplating the story (and in this case Selander leads us to do it through images) we would risk meeting Medusa’s gaze, petrifying our consciousness and crystallizing memory.

The works on exhibition, as always in Lina Selander’s work, can be seen as models of thought, through which to explore and analyse ideas, examining the relationships between memory and perception.

Selander’s films and installations can be read as compositions or thought models, where ideas and conditions are explored and weighed. She examines relationships between memory and perception, photography and film, and language and image. Lina Selander’s solo shows include Kunst Haus Wien; Argos â€“ Centre for Art and Media, Brussels; Iniva -Institute of International Visual Arts, London; Moderna Museet, Stockholm; VOX â€“ Centre de l’image contemporaine, MontrĂ©al. She was the Swedish representative at the Venice Biennale 2015. A selection of her group shows include: The Kyiv Biennale 2015; Seoul Media City Biennale 2014; Manifesta 2012 in Belgium.

Oscar Mangione, b. 1971 in Lund, lives and work in Stockholm

Oscar Mangione works with Lina Selander and has participated with her in several exhibitions. From 2006 to 2012 he edited and wrote for the magazine and art project Geist and took part in numerous exhibitions, performances and projects in venues such as the ReykjavĂ­k Arts Festival, the Museum of Modern Art in Stockholm and the Venice Biennale.