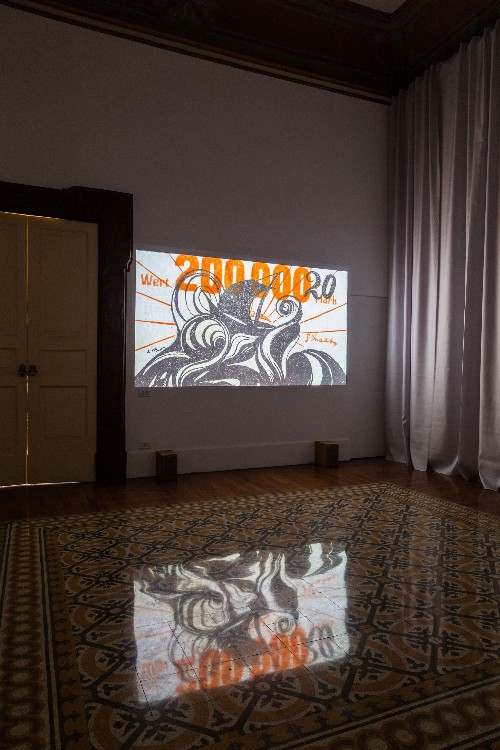 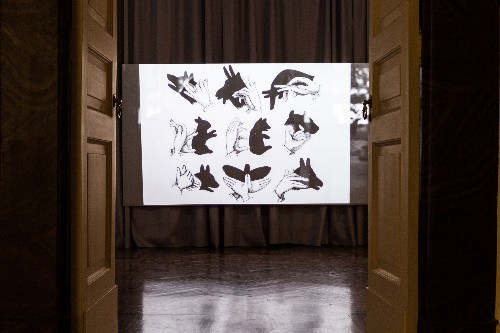 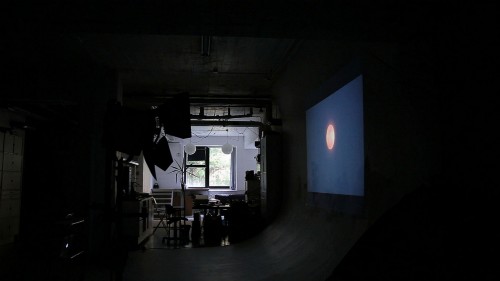 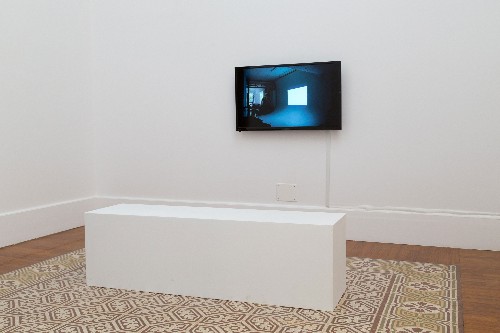 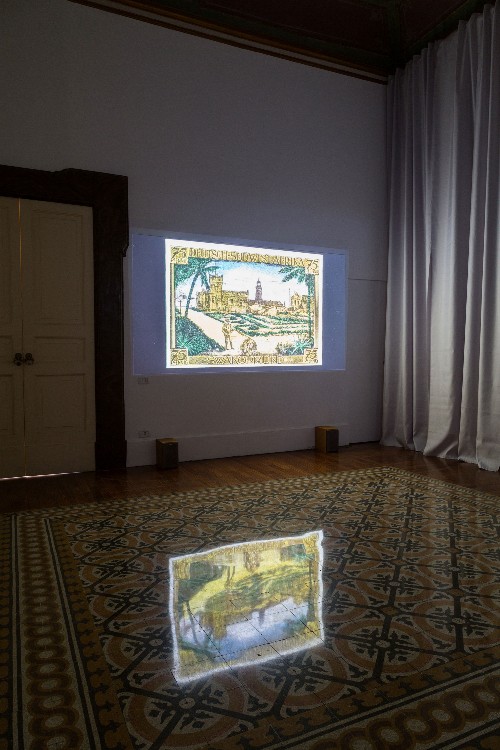 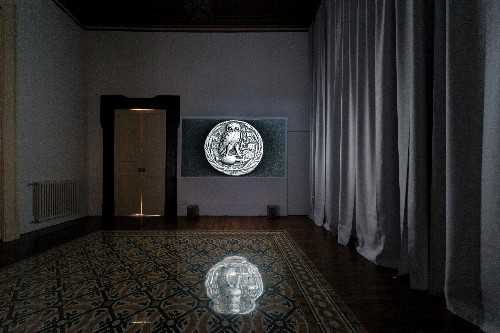 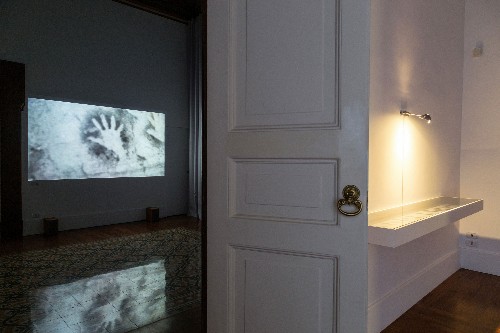 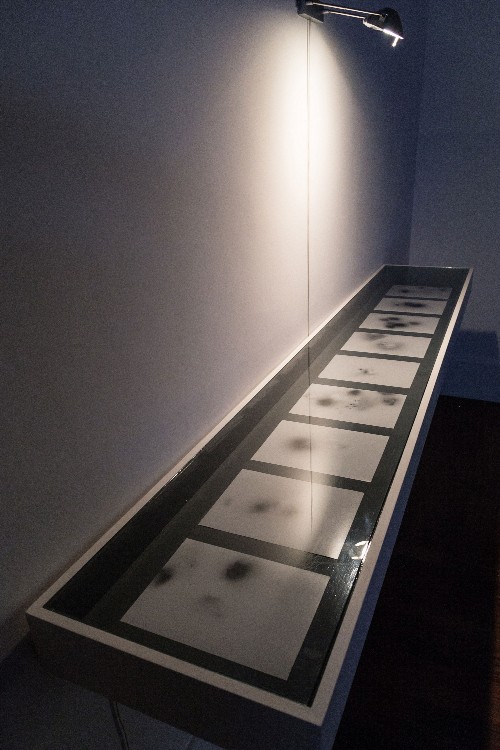 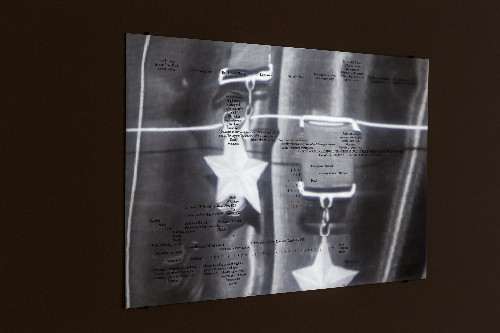 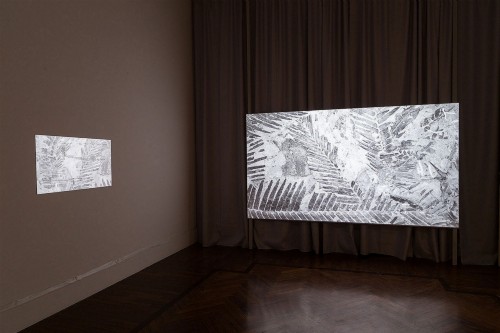 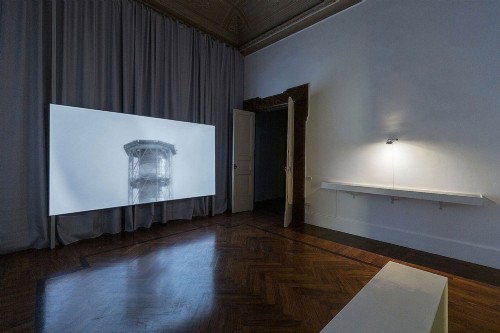 Tiziana Di Caro art gallery is pleased to present the first solo exhibition of Swedish artist Lina Selander (Stockholm, 1973), opening Thursday, June 11, 2015 at 7:00 p.m., in Piazzetta Nilo 7, Naples.
The exhibition includes three video installations created between 2011 and 2014, which are part of a larger project entitled Excavation of the Image: Imprint, shadow, spectre, thought, with which Lina Selander is representing Sweden at the 56. Venice Biennale.

History, politics, economy and memory are some of the topics covered by Lina Selander in her works, installations and videos arranged rhythmically through meta-assemblages in which the flow of still images alternates with videos and film footage, as well as unreleased shots, creating thematic relationships between image and language, photography and film. The exhibition opens with Model of Continuation (2013), a work that aptly embodies the artist’s idea that “images belong to the technology with which they were created.” It is a work on the “image” as an object, a structure of contemplation. The work develops in an interior, an environment where another video is being shown, resulting in an image in another image, and the relationship that this has with the technology of reproduction.

Another room hosts the project Lenin’s Lamp Glows in the Peasant’s Hut (2011), whose title is borrowed from Dziga Vertov’s film The Eleventh Year, to which Selander’s video is strongly connected. The Eleventh Year was shot by the Soviet director in 1928 in connection with the celebration of the October Revolution. Vertov describes the building of the power station on the Dnieper River, which becomes the symbol of progress and development promoted by the regime; it is therefore a celebration of the power of the Soviet Union through the actions related to technological development. Similarly, Lina Selander describes Pripyat, a Ukrainian city also situated on the Dnieper River, which was built to accommodate the workers of the Chernobyl nuclear power plant, later to become the victims of the plant’s explosion in 1986. Years later, that same technological development described by Vertov caused one of the greatest disasters in human history. In addition to borrowing a few scenes, Selander also quotes certain passages from the 1928 film, such as the sequence in which the Soviet workers engage in building, showing enthusiasm and joy, and that in the video become decontamination workers, i.e. those who were sent to dig a tunnel under the reactor and who died shortly after due to radiation. Lenin’s Lamp Glows in the Peasant’s Hut is also the writing on a steel plaque which, placed in the same environment where the video is being shown, reflects its images mixing them with a series of words and key phrases that underlie the entire project, which is completed by a glass case displaying photographs produced by putting in contact uranium-contaminated stones with photographic paper that, much like in radiographs (hence the title given by the artist), bring out abstract shapes, thus showing the invisible, that is the radiations which the minerals absorbed from the metal.

The last room hosts The Offspring Resembles the Parent (2015), a work made in collaboration with Oscar Mangione, produced for the Swedish Pavilion on the occasion of the last Venice Biennale. The video is made of fixed images, whose focus is the influence economy exercises on society, therefore on history. The analysis is done through archive material, which includes also many old images of banknotes, whose iconology and iconography can reveal determinate historical passages, even if they seem hidden.
Lina Selander constructs each of her exhibition projects using a specific planning, and her installation diagrams focus on space and the relationships that this creates with her works. The value that Lina Selander gives to the setting up of her exhibitions results in these becoming themselves works, so that the act of creation becomes endless.