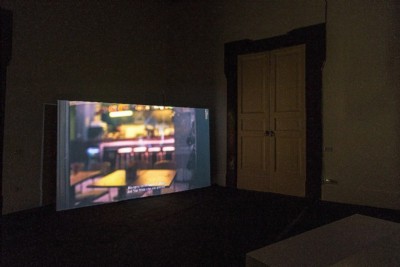 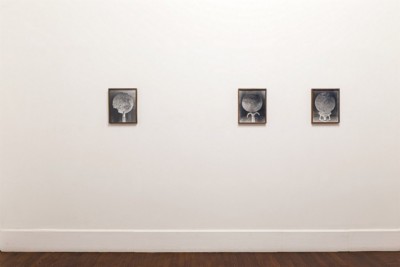 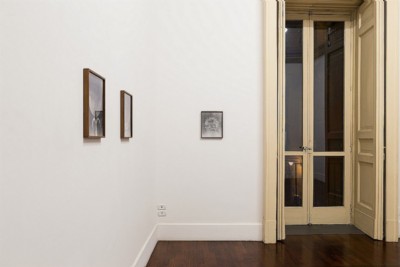 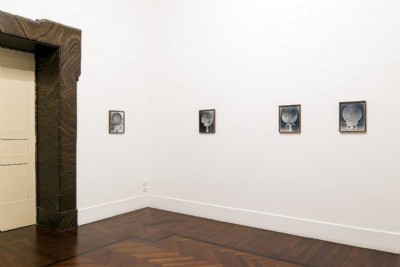 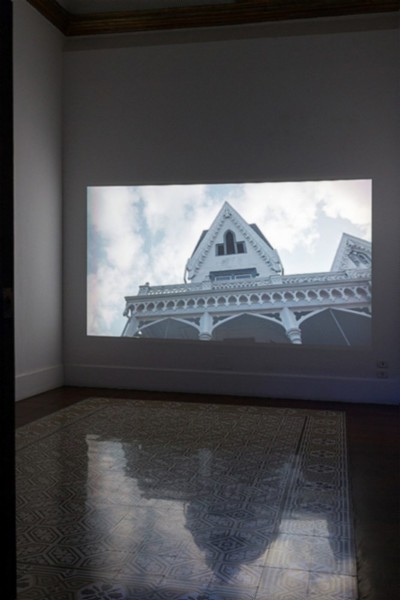 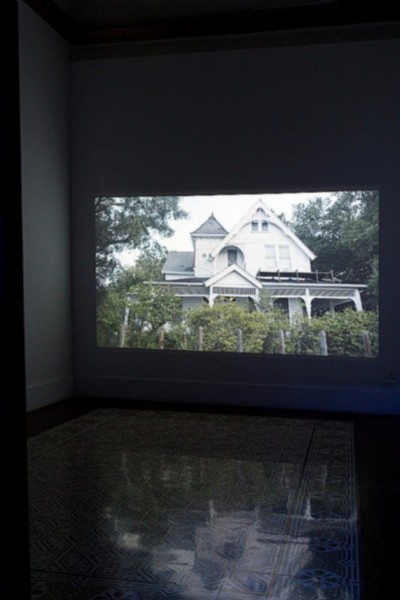 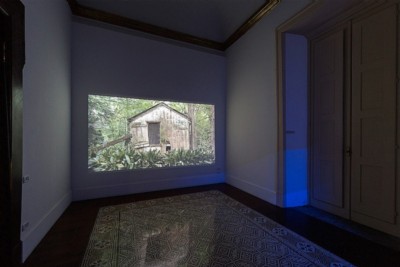 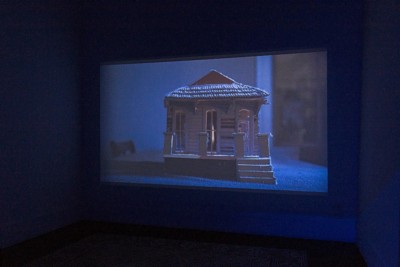 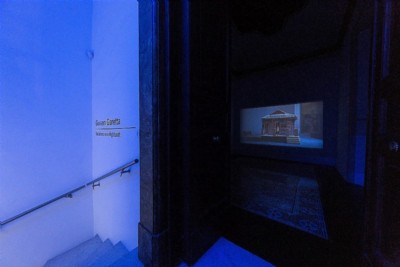 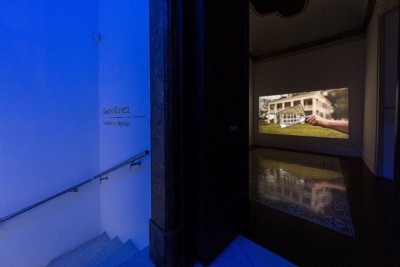 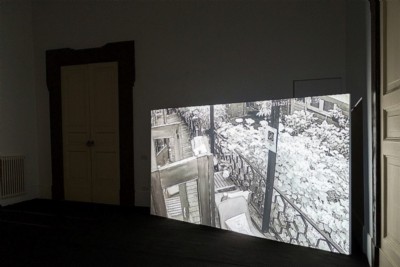 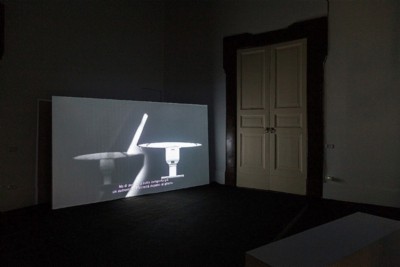 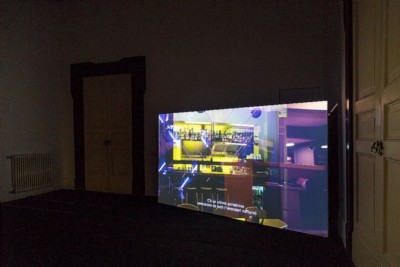 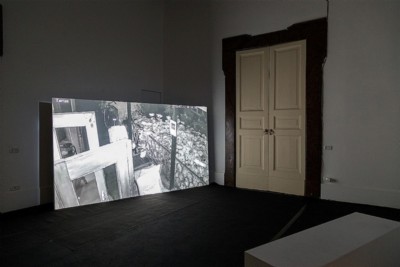 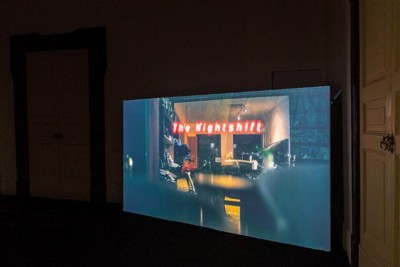 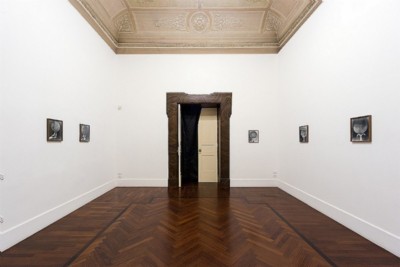 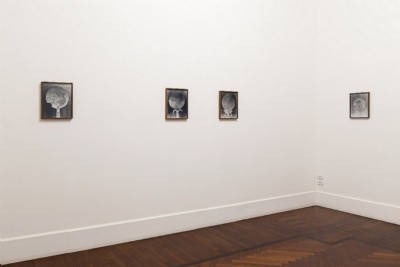 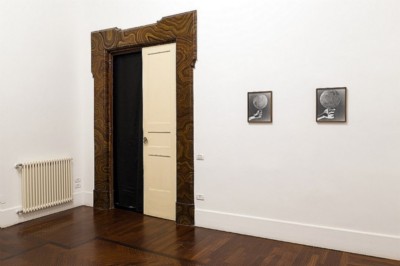 The Tiziana Di Caro Gallery presents Variations on a Nightshift, the first solo exhibition held in its spaces by Giovanni Giaretta (born in Padua, 1983, he lives and works in Amsterdam), opening Saturday 13 January 2018 at 7:00 p.m.

Giovanni Giaretta's artistic practice consist of video, installation, photography and a few writings. Each work includes a series of levels – overlapping meanings, references and suggestions – that the artist builds by exploring, sometimes in an almost obsessive way, his subjects. The works, which he himself calls "collages," are the result of unusual research and connections between images, texts and sounds.

Variations on a Nightshift presents a series of works created in 2017. In the title, the appropriation of the musical term "variation" is functional to the idea of re-proposing a specific theme modified in its formal aspects. All the works in the exhibition appear to stem from a common element: an articulated quest between perceptual alterations and visual memory.
The project opens with the video installation La casa (ostinato crescendo) created in Louisiana during the artist residency that Giaretta had at Deltaworkers, with the support of the Dutch Mondriaan Fonds. Since 2010, the artist has been studying the relationship between horror film and architecture. His work reinstates the centrality of the latter as a subject responsible for the introduction of psychological tensions during the video. In this, images of various dwellings are forced to show themselves as variations of the same element and are both modified by optical effects and camera movements typical of cinema. The technical device, marked by a fitting soundtrack, induces a short circuit in the viewer because he or she feels being watched too. The second room features some works from the Everything into Something Else series: black and white photographs depicting different types of old oxidized mirrors, which have completely lost their reflective quality. The photos, which are shown in their negatives, thus capture "missing images", ghosts which only dwell in the imagination of the viewer. The photographs are scattered in space like escape points towards imagination and temporal suspension.

The last work exhibited is The Nightshift, inspired by the artist's working as night porter. The theme refers to the 1974 film by Liliana Cavani, although completely moving away from its dramatic and erotic flavour. The subject of the video becomes clear through the listening of the voiceover that tells about how working from dusk to dawn creates a state of suspension between day and night. This temporal substitution produces constant fiction. Sleep and wake mingle in a torpor where there is no longer a clear distinction between what is real and what is fantasy. The video unfolds in a hypnotic sequence of images that deceive one's gaze, resulting in reality being overwhelmed by surreal, dreamlike and unusual elements. "Endure the night" implies a permanent state of fiction in which the spectator is involved too.

Variations on a Nightshift is a project that fully represents the work of Giovanni Giaretta and highlights certain aspects of reality so that it is perceived in an unexpected way.

Giovanni Giaretta was born in Padova in 1983. After a Master's Degree in Visual Arts Production and Design at the IUAV in Venice, in 2010 he took part in the residency program at the Dena Foundation for Contemporary Art in Paris and in the De Ateliers in Amsterdam.
In 2011 he partecipated in the Advanced Course in Visual Arts at the Fondazione Antonio Ratti in Como, with Susan Hiller as visiting professor.
He has exposed in several exhibitions in Italy and abroad, in Istitutions and no profit spaces such as: La Criée (Rennes, FR); Macro (Roma, IT); De Ateliers, (Amsterdam, NL); Foundation Botin (Santander, SP); Musée départemental d'art contemporain de Rochechouart, (Rochechouart, FR); Fondazione Sandretto Re Rebaudengo, (Torino, IT) e Peep-Hole (Milano, IT).
His videos have been projected in many festivals such as the International Film Festival of Rotterdam (Rotterdam, NL), the New Horizons International Film Festival (Wroclaw, PL) and the IDFA, International Film Festival di Amsterdam (Amsterdam, NL).
He lives and works in Amsterdam.