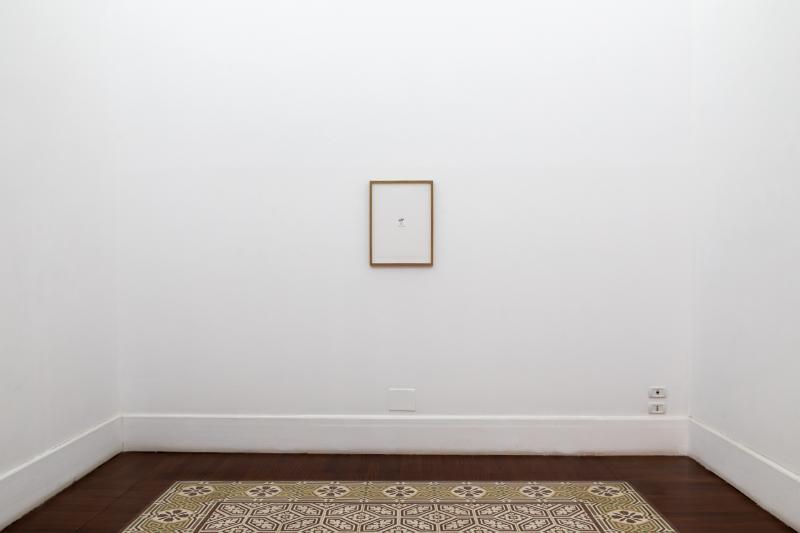 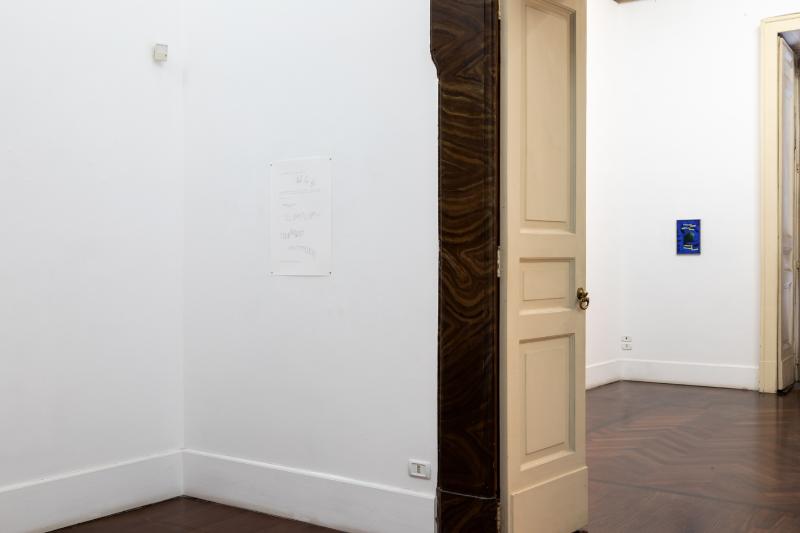 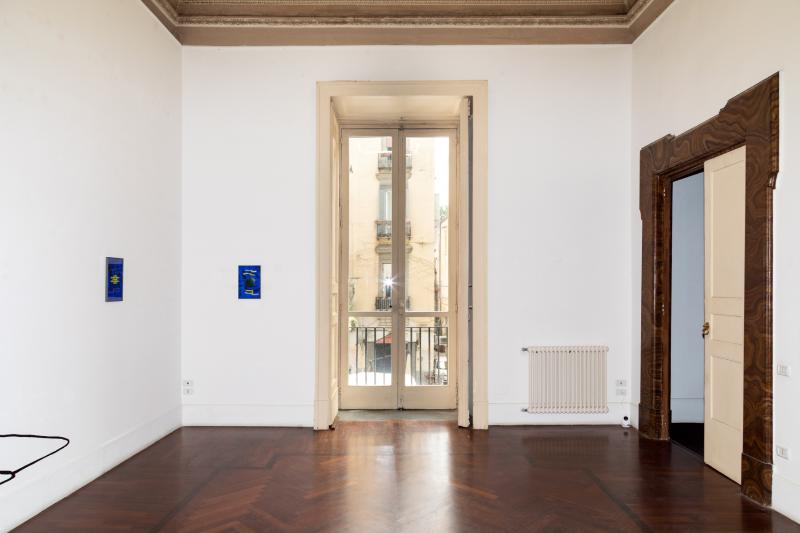 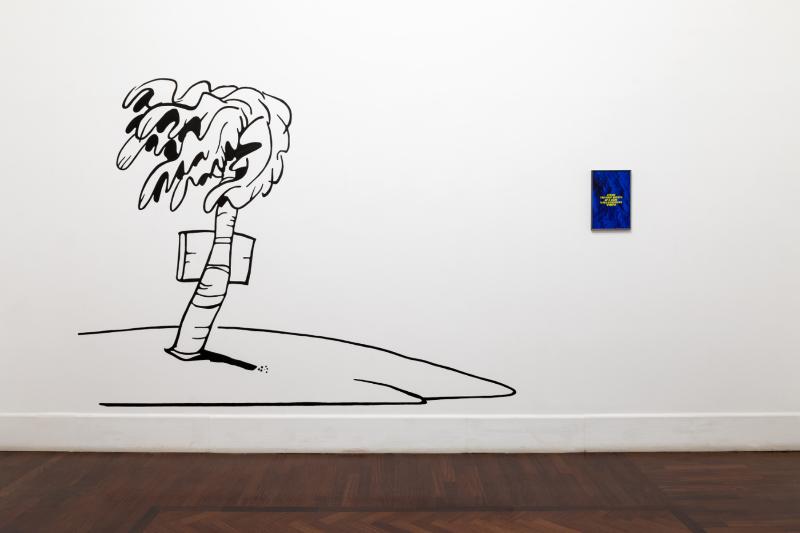 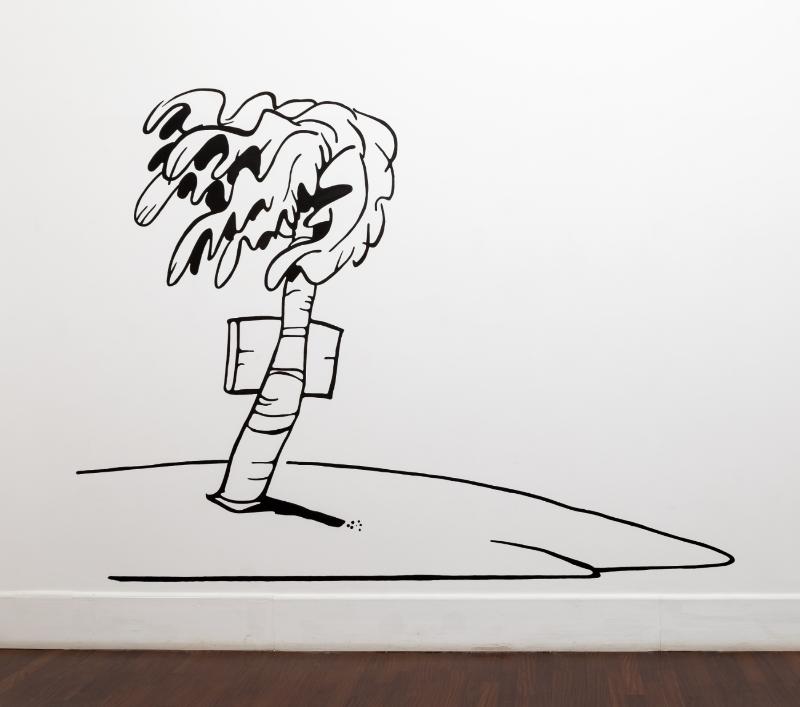 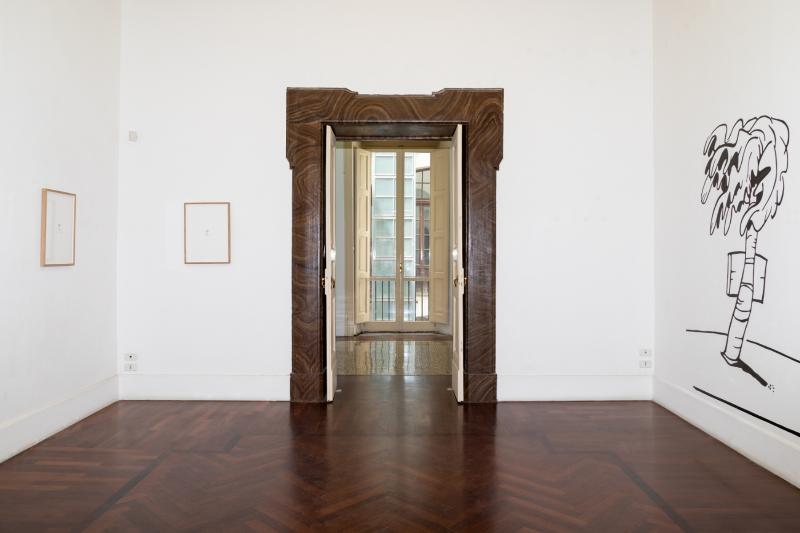 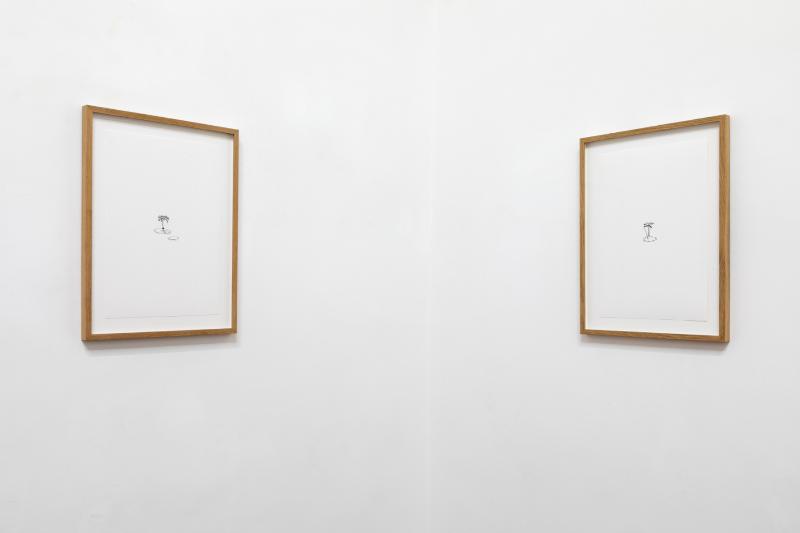 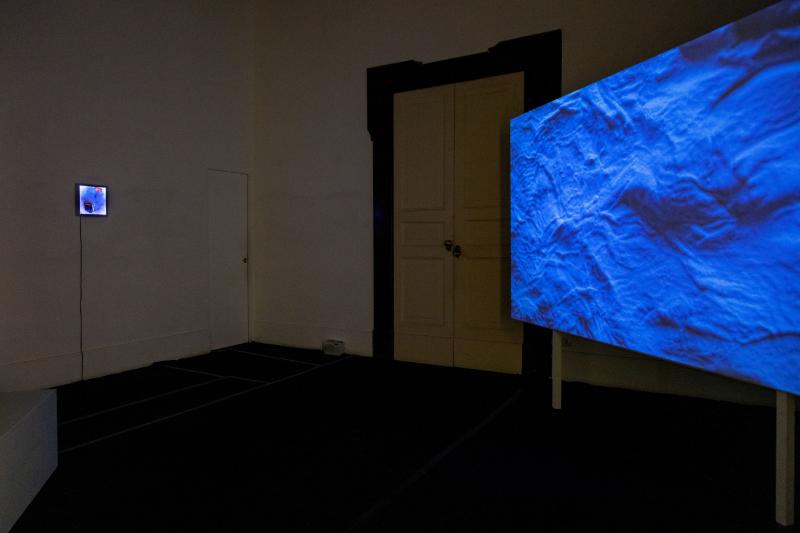 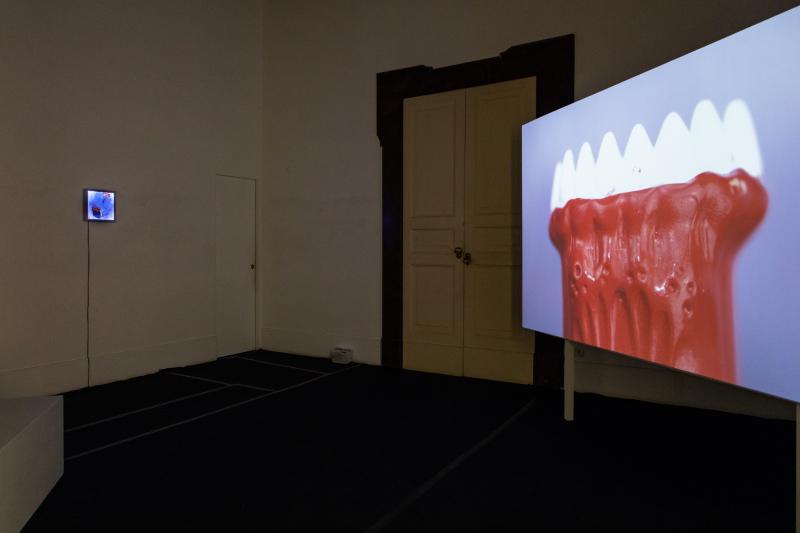 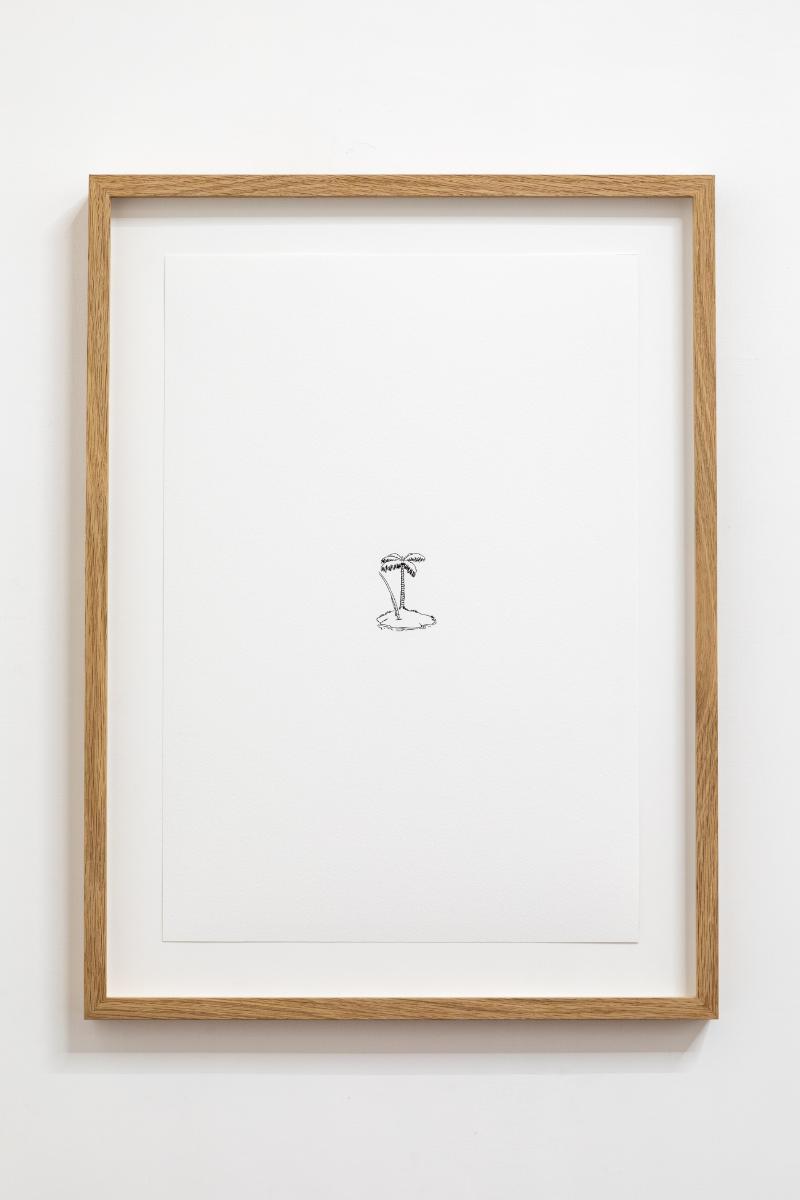 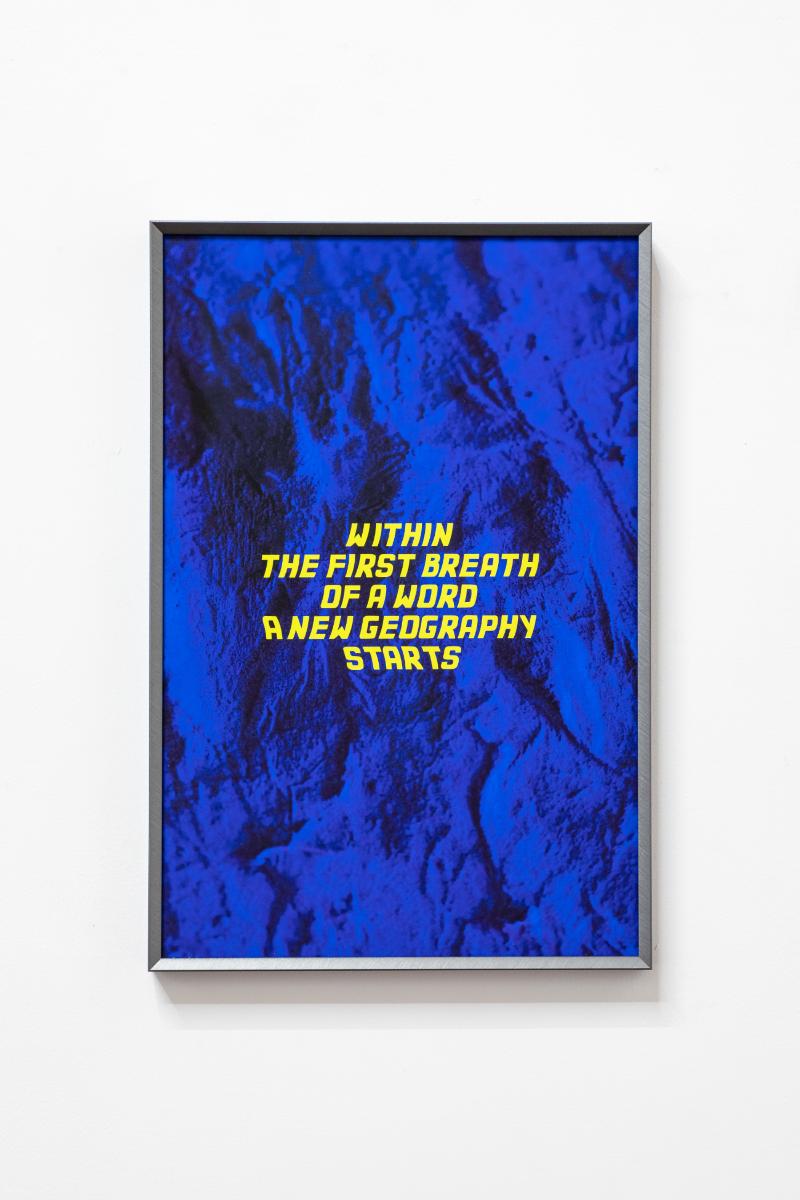 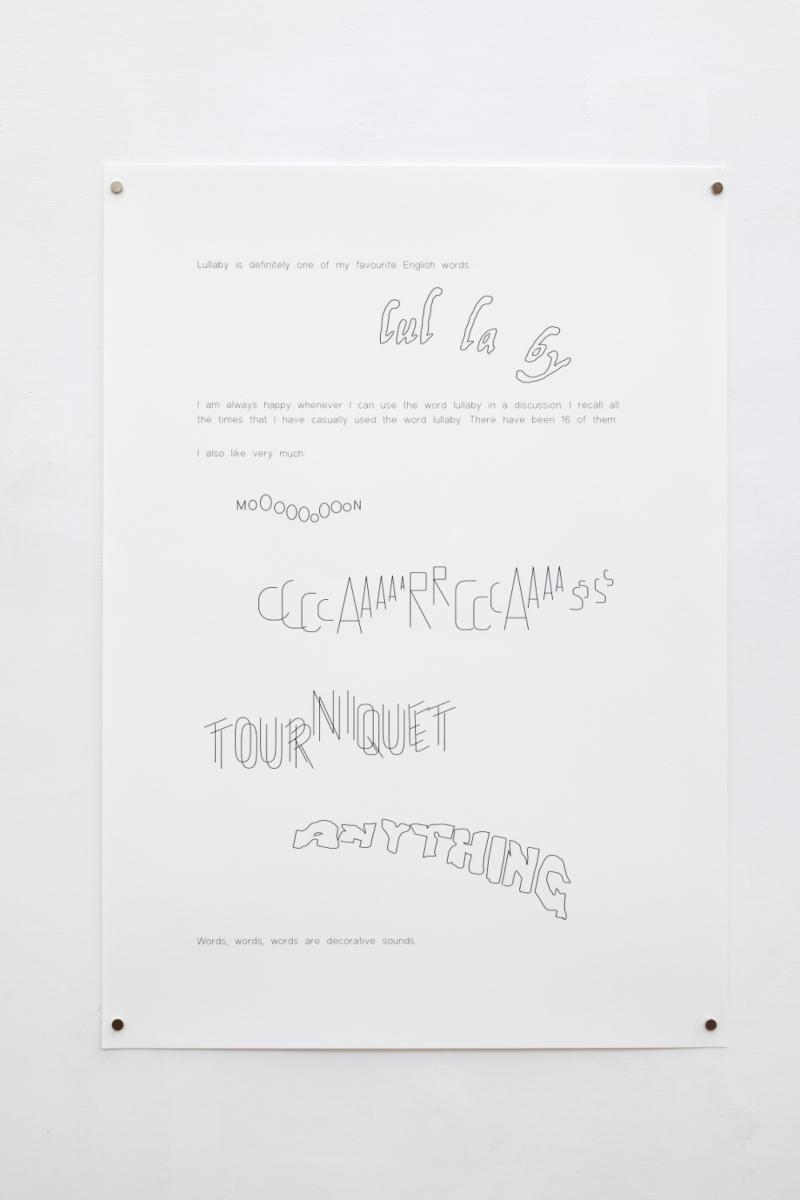 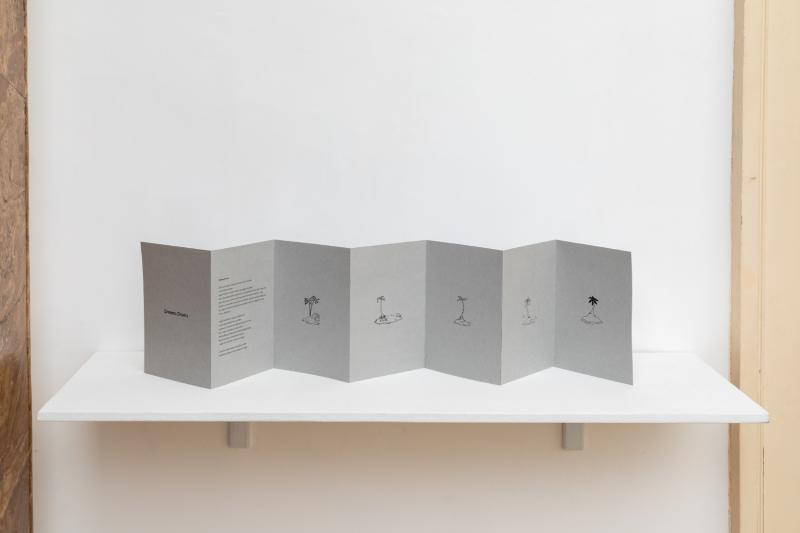 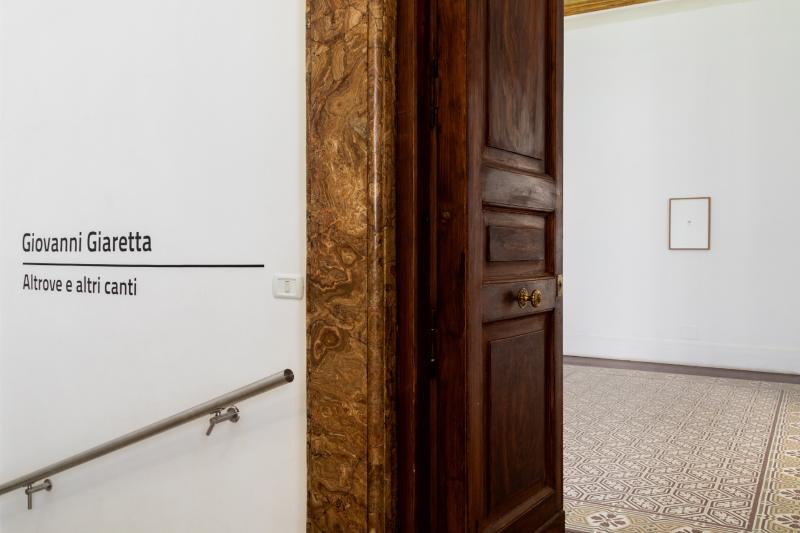 The exhibition includes works created in 2020 and 2021, and the title is a reference to the intertwining of a few themes that characterize Giaretta's work: memory, geography and the interpretation of language determined by cultural factors. “Altrove [Elsewhere]” evokes an imaginative spatial dimension explored in a subjective way, while “altri canti [other songs]” evoke the plurality of meaning and significance implicit in the language, and the possible alterations born of the pronunciation variations.

The exhibition revolves around two creative cores: the Elsewhere and Other Islands series, and the 2020 video Words Words Words Are Decorative Sound.

Elsewhere and Other Islands consists of digital drawings printed on paper. The islands are places that have nothing to do with physical geography but are an elsewhere present in the popular and literary imagination. The way in which the subjects are treated is familiar to anyone who knows the cartoons involving desert islands as found in renowned Italian and foreign periodicals. Giaretta manipulates the cartoons removing any human presence and leaving only clues, traces of their passage. Thus the island, from being the setting of a satirical scene, is ultimately transformed into an iconic “desert island,” while not losing its ironic potential.

In the second room, the small islands are flanked by large drawings made with the ‘wall-painting’ technique. The large size turns the viewer into a possible inhabitant, a castaway.

Introduced by photos and texts presented in the preceding spaces, the video installation Words Words Words Are Decorative Sound is found in the third room. The work investigates the relationship between language and cultural identity. Giaretta explores the potential of languages, not only as communication tools, but also as a vehicle for visual fantasies and ghosts. The starting point is the fragmented narration of an anecdote: the memory of learning English as a teenager. This intimate memory is playfully filtered through references to the mainstream visual and musical culture of the late 80s and 90s, from Ghostbusters to The Cure. The video describes the process of creating new forms of the self through the use of language, investigating the memory and visual relationship buried in a language and getting to imagine the possibility of extending one's perceptions to new geographies. Words, memories and images blend with artificial landscapes, created and filmed in the artist's studio and in a laboratory of naval engineering. The last sentence recited in the video, repeated like a tongue twister, “Within the first breath of a word a new geography starts,” is an example of this concept. It is as if the movielike images had contaminated the language to become one thing, a pronounced image.

Giovanni Giaretta was born in Padova in 1983. He lives and works in Amsterdam. After a Master's Degree in Visual Arts Production and Design at the IUAV in Venice, in 2010 he took part in the residency program at the Dena Foundation for Contemporary Art in Paris and in the De Ateliers in Amsterdam and Deltaworkers in New Orleans. In 2011 he partecipated in the Advanced Course in Visual Arts at the Fondazione Antonio Ratti in Como, with Susan Hiller as visiting professor. He has exposed in several exhibitions in Italy and abroad, in Istitutions and no profit spaces such as: Palazzo Fortuny (Venice, IT); MAMbo (Bologna, IT); La Criée (Rennes, FR); Macro (Roma, IT); De Appel, (Amsterdam, NL); U-jazdowski Cinema, (Varsavia, PL) Botin (Santander, SP); Musée départemental d'art contemporain de Rochechouart, (Rochechouart, FR);