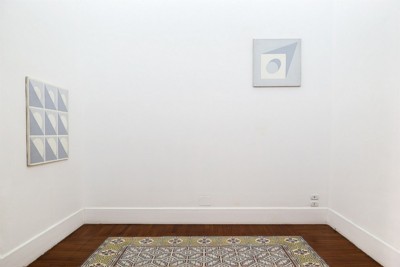 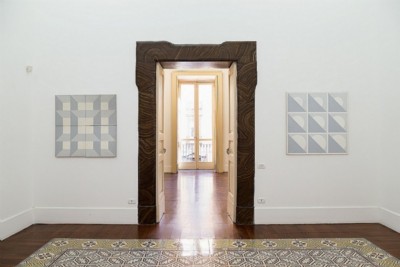 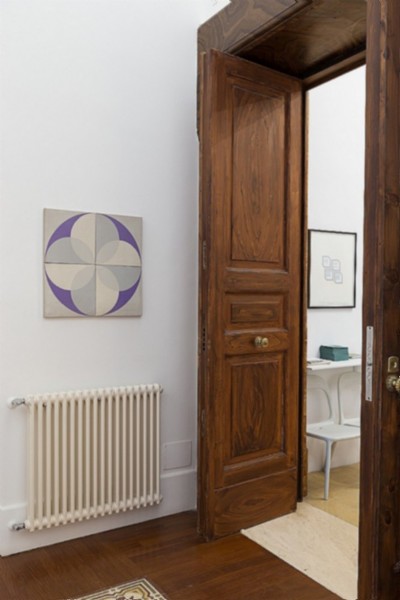 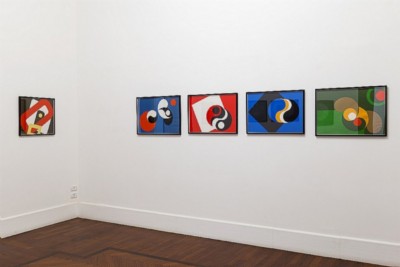 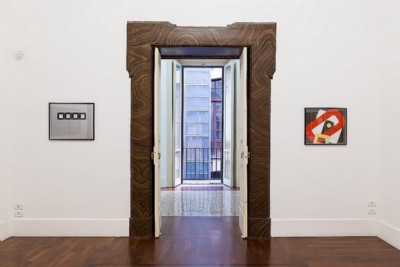 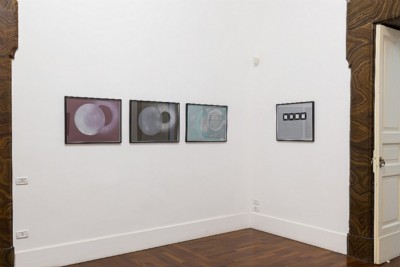 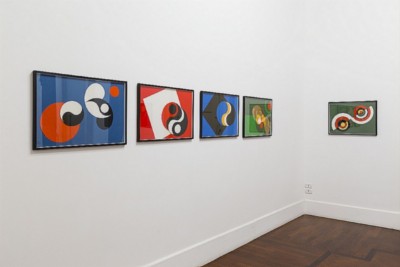 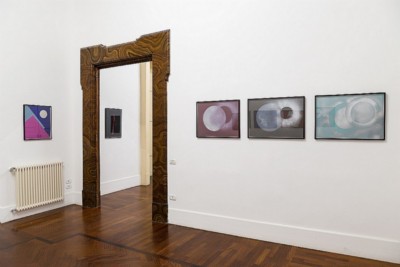 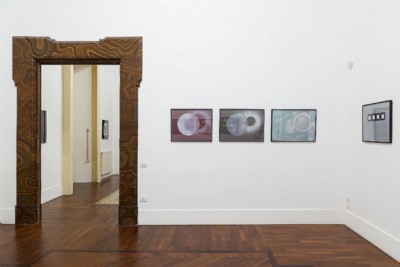 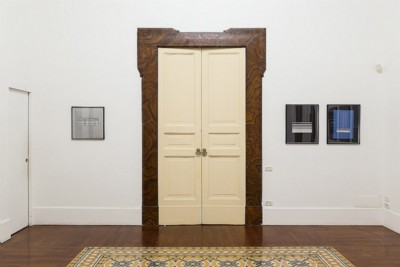 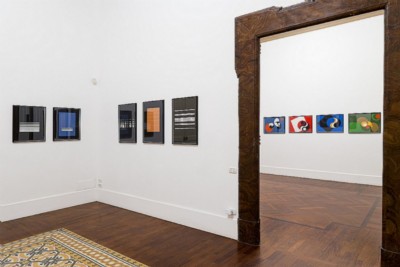 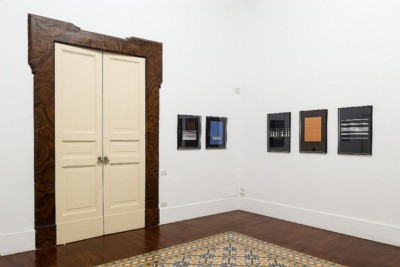 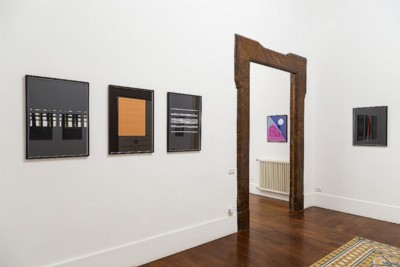 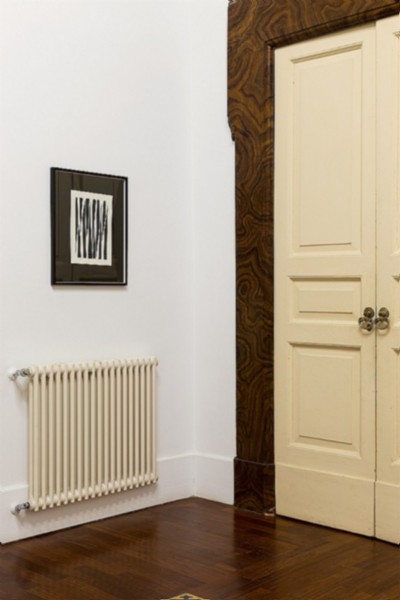 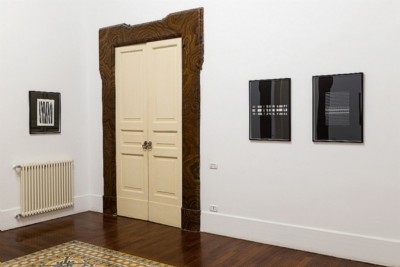 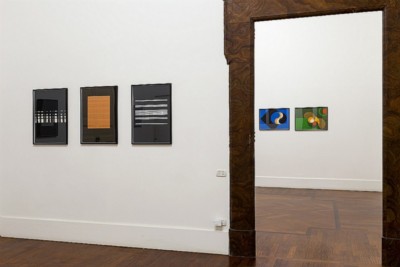 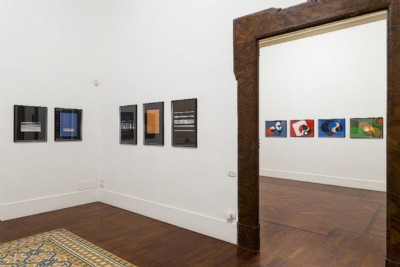 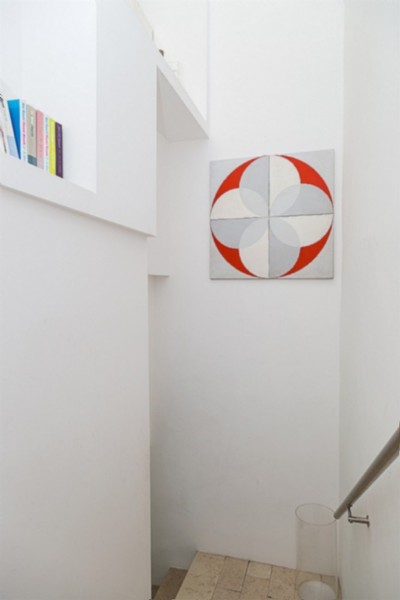 The quotation "between logical and poetic, planned and casual" read in the title is borrowed from one of the poetic statements that Betty Danon writes in 1974 and accurately describes the evolution of the artist's path, focusing on dialogue and the synergy between opposites, between the defined element of the geometric shape and the imponderable element which every spiritual quest aims at.

The exhibition includes works associated with the early moments of Betty Danon's production, her so-called Yin and Yang collages, her Finestre di cielo [Sky Windows] and her paintings, covering a period ranging from 1969 to 1973.

The collage idea came by chance, as Danon wanted to decorate her husband's new office, and not knowing how to paint, she decided instead to cut paper. At the time Danon was following a Jungian therapy, and Carl Gustav Jung's teachings became the central element of this production. Jung's book Man and His Symbols is essential for the understanding of Betty Danon's work, supporting her along her whole artistic path.

The first element that we see in Danon's collages is the circle, which the artist develops following different chromatic orders. In her 1972 poetic statement, Danon says that the circle is a "magical archetype, eternal perfect total absolute." Then the circle breaks to become "shadow-light, conscious-unconscious, yin and yang." When the circle disappears, it is replaced by the square, then followed by the mandala, which represents the cosmos through the dialectic of opposites. Betty Danon's collages displayed in her husband's studio get noticed by a Milan gallerist who invites her to exhibit her work in suitable venues, allowing her to enter a world which is new to her, but which she would soon discover be her own. Here she meets young artists who introduce her to painting, and she starts experimenting with the new medium with surprising results, continuing her research on spirituality through geometry, which had characterized the first part of her production. Her works on canvas feature different shades of gray and greater attention to space, which develops through rhythmically repeated modules. In some cases, these works look like metaphysical architectures, in others like rarefied landscapes featuring an extreme formal rigor in which the emotional element is subtly present, sublimated. Betty Danon continues to express an incredible creative power that produces other collage series, including her most famous, later called Finestre di cielo [Sky Windows]. The artist uses cardboard onto which she sticks gray-blue residue-stained scraps of scotch tape, which she had earlier used for her paintings, to create works in which we catch glimpses of small portions of sky amid alternating parallel segments.

In a letter she sends to Karl Young, the artist claims she feels she belongs to conceptual art. Over time, her work becomes more and more ethereal and connected with writing, poetry, music, and correspondence with other artists around the world who she occasionally meets in person; but what would always be constant is the total identification of her life with art, in an everlasting experimental approach involving the most diverse means, including human material, as happened with her ateliers for creativity training, promoted with what will become her motto: "Art as Life, Life as Art."