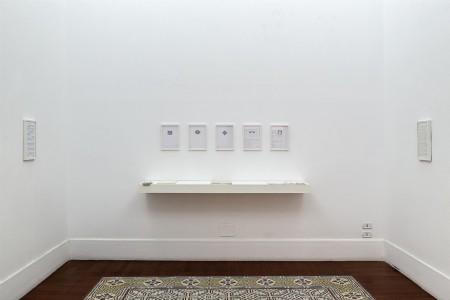 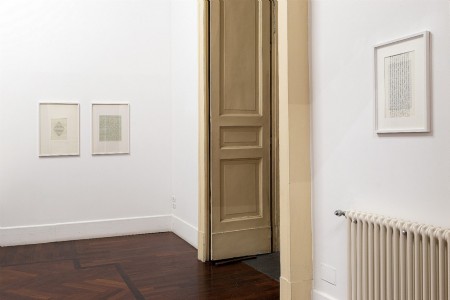 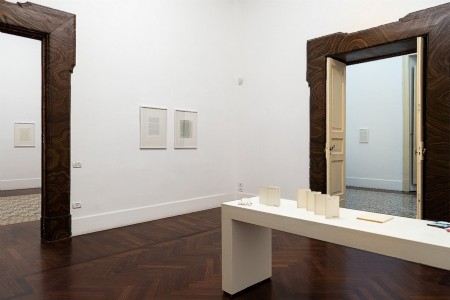 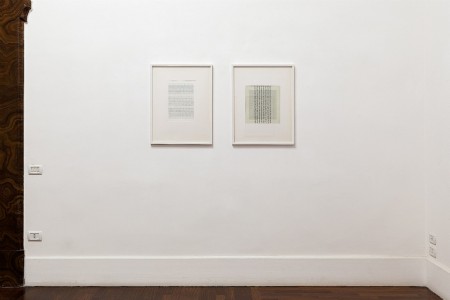 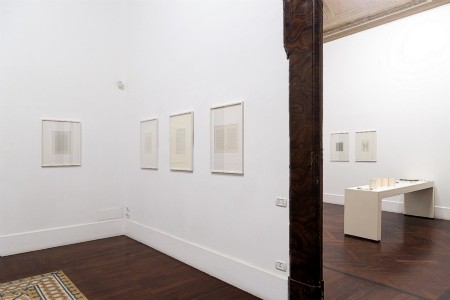 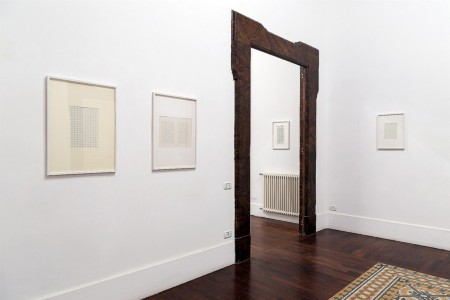 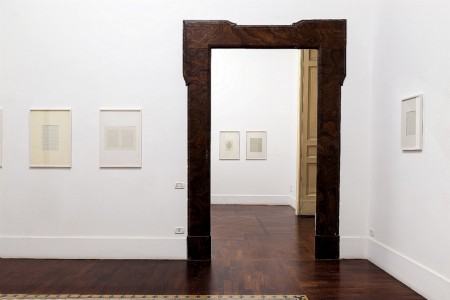 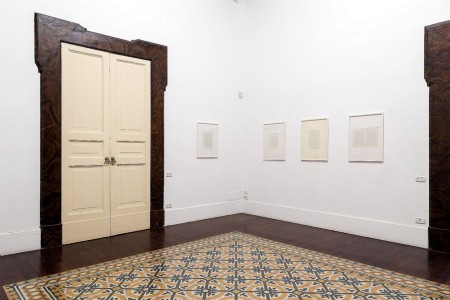 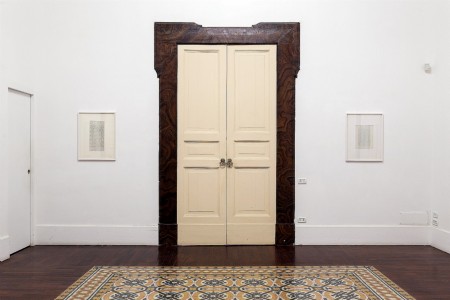 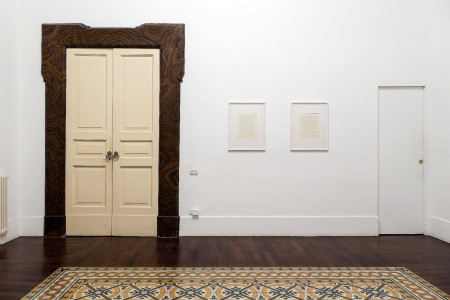 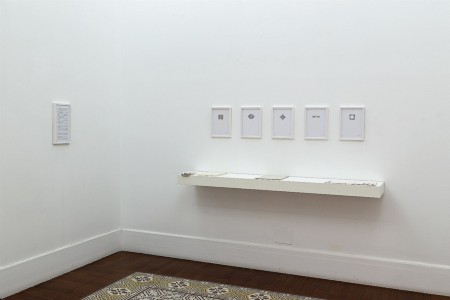 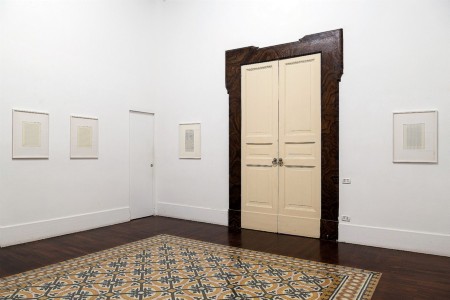 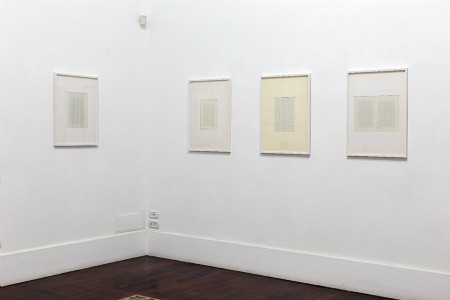 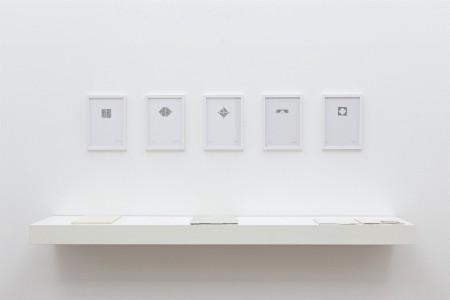 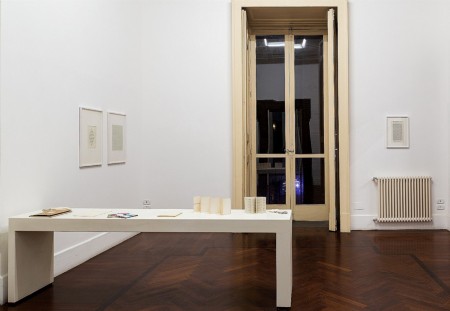 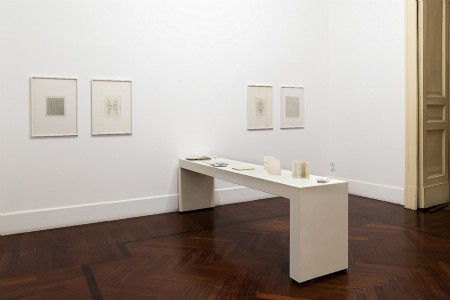 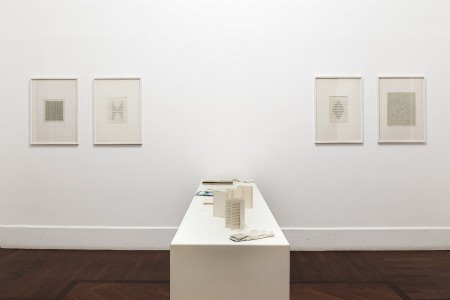 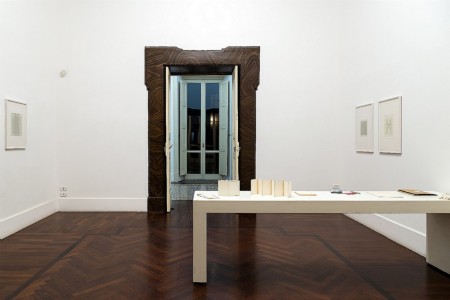 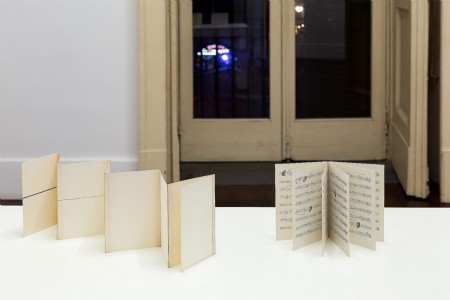 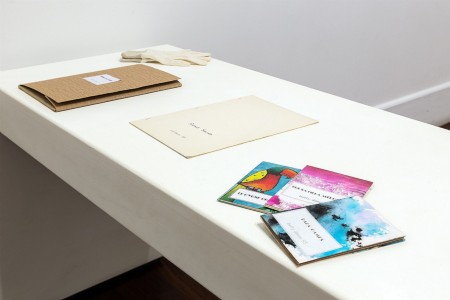 The exhibition includes a selection of artist’s books from various periods of the artist’s production and a series of drawings made during the seventies. These works chronologically follow those presented with Geometrie anni Settanta: tra logico e poetico, programmato e casuale [Geometries from the Seventies: Between Logical and Poetic, Planned and Casual], the artist’s first exhibition held at the gallery in 2017.

The first exhibition featured the approach that Betty Danon had first had with art, through collages and geometric (tonal) paintings, starting with the circle and the square. Over time these were condensed, with the circle being reduced to a dot and the square to only one of its sides, i.e. a line. The dot and the line are elements of arrival, but also of departure, and the attitude to abstraction is emphasized to the point it leaves space to visible – but also audible – images, with the transcription of sound through images.

The expression Enigma di fondo refers to the process of becoming, in a dynamic interaction with the immeasurable depth of being, a polarization of reality on which Danon always pondered and of which she speaks in her 1975 poetic statement.

The exhibition opens with Poesie nel quadrato [Poems in the Square], a 1973 artist’s book containing five poems graphically arranged in the area, indeed, of a square. Here, Danon eliminates spaces and interlines, thus making it difficult to read the verses, with the clear intention to blur the writing with the images, the sense of the words and their aspect.

In the mid-seventies Betty Danon recorded a tape with the sound of the flowing of the tip of a pencil on a sheet. With this sound of lines being traced, one had the opportunity to listen to the gesture of writing. This action first became a performance and later a book.

On exhibition there is a copy of the book Punto – linea [Dot – line], which Betty Danon considered her most important, because, albeit in an extreme graphic synthesis, it contains the most important aspect of her poetics. Published in 1976, Punto – linea starts from a “tautology” that is seen in a page, where tracing a line the artist writes the word “line”. This trace is seen by Mirella Bentivoglio, who falls in love with it, suggesting that the artist continue working in this direction where signifiers and meanings overlap and interchange. The book is the collection of some of the possible arrangements through which the dot and the line become apparent.

The same theme is dealt with in I & I, published in 1978. “Phonetically, I & I questions the subject’s grammar, emphasizes the challenging development of the ego in crisis, in its complex dialogue with the “Other I”, absolutely critical as it is a “Shadow” (Betty Danon, 1978).

During the seventies, the artist’s research on the sign and the word keeps generating similarities and works closer and closer to the border between abstraction and rarefaction. This is the moment of the asemantical scores, pieces with a great lyrical sense in which the concept that predates the “abstract scores” is already outlined. Betty Danon said that from her experiences with collage and the geometric painting she had kept the dot and the line as the primary elements that summarized all the forms and thus, poetically, the whole universe. At one point she transforms the line into a staff line and the dot into a note, starting to work using the music staff as a basis. She superimposes tracing paper to staff paper, then working with a nib and white ink to perform manual interventions; the overlaying gives the impression of depth, creating shadows that also recall echoes. These were the Partiture Astratte [Abstract Scores], with which Betty Danon became known internationally. Mysterious pieces in which art is not only looked at, but listened to. The Partiture Astratte are the synthesis of a geometric fixedness given by the staff lines and the lyrical fantasy presented through a gestural experience made of quick but precise and lively movements. “They were simulacra of writings traced on the staff, which presented themselves with a certain fluidity and apparent coherence. I considered them an expression of an interior dynamic, spontaneous and absolutely inimitable”. (Betty Danon)