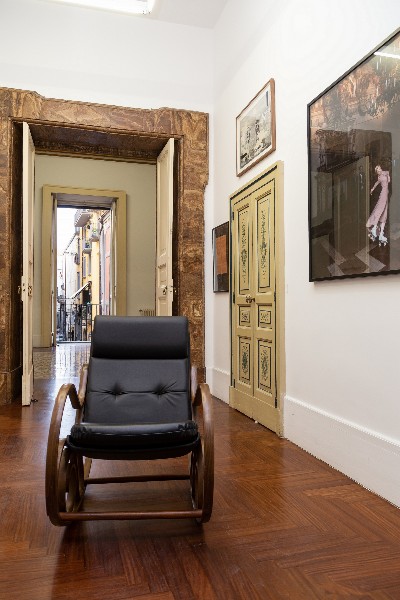 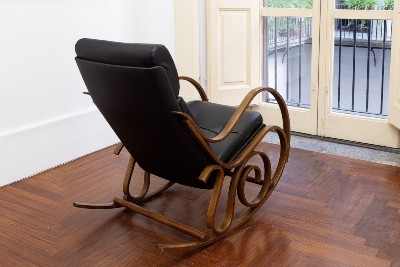 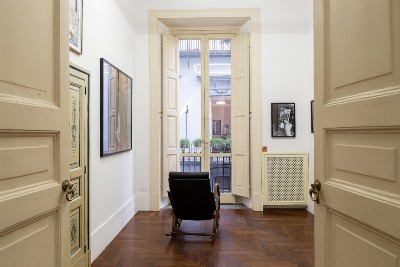 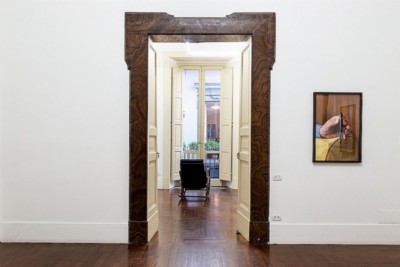 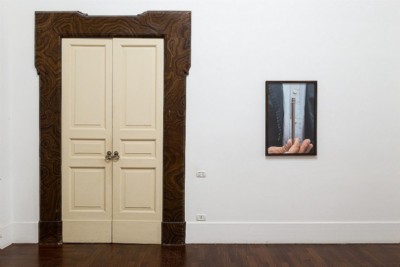 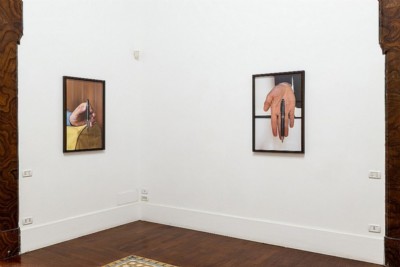 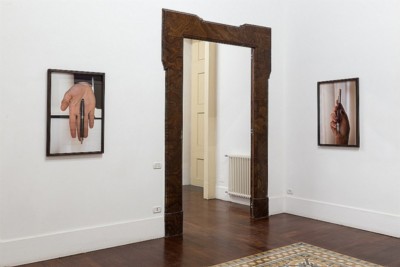 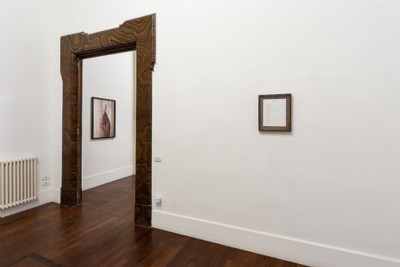 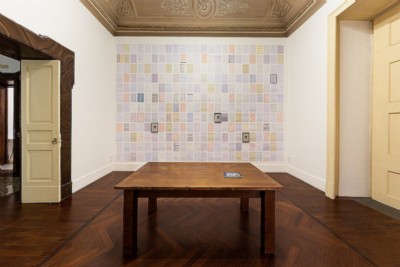 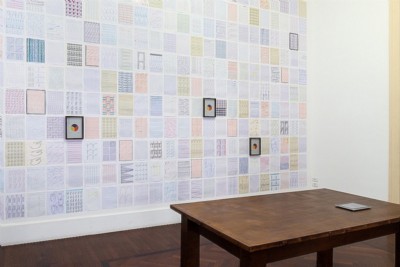 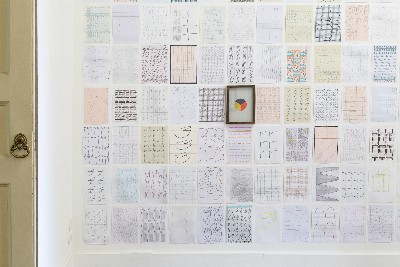 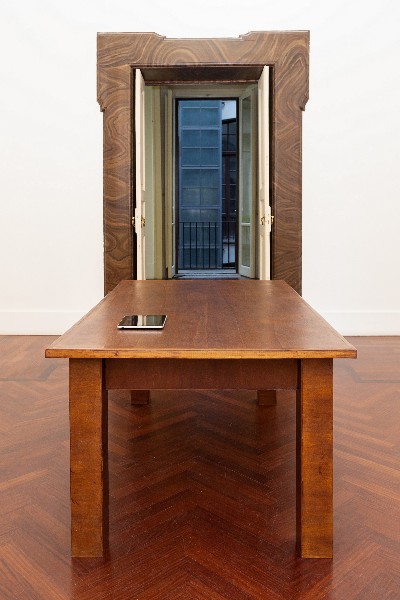 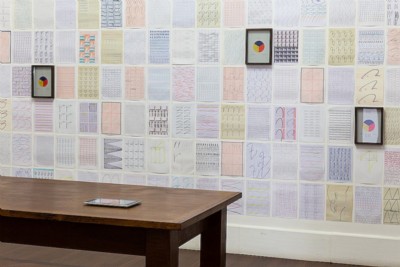 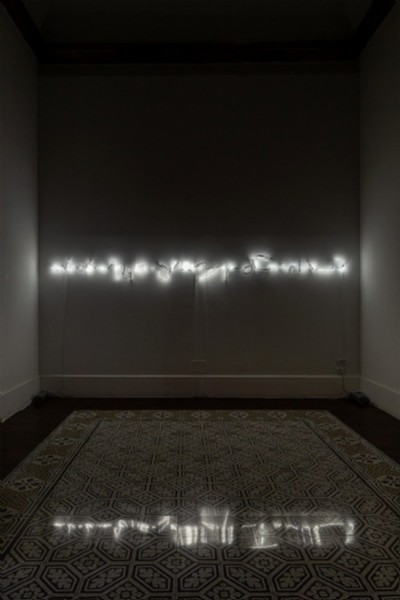 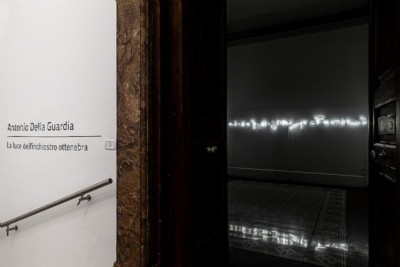 The behavioral models linked to the changes in society are central in Antonio Della Guardia's research, which in recent years has been focusing on the impact that certain working patterns have on the lives of individuals as well as on the community. To describe these dynamics he uses drawing, photography, video, installation.

La luce dell'inchiostro ottenebra is a project conceived specifically for the Tiziana Di Caro gallery and includes pieces created in 2018. The main element of this series is graphology, whose use in the selection of personnel has been in vogue in the last decade.
The title of the exhibition paraphrases the sentence "The Light of Power Obscures" found in Raoul Vaneigem's The Revolution of Everyday Life (in French Traité de savoir-vivre ŕ l'usage des jeunes générations), replacing the word ‘power' with the word ‘ink'. Della Guardia suggests that behind the aesthetic aspect of writing, and therefore of ink, the true disquiet of superiority is concealed. The light is intended as affirmation and climb towards success, but the verb "to obscure" creates contrast, revealing the dark side of such success.

The exhibition consists of four moments, the first of which is defined as of the "unveiling" and corresponds to a neon sign featuring 26 graphemes, all different from each other. Each is part of the signature of a political figure and indicates, according to the rules of graphology, the disquieting characteristics of each character, which are not obvious because they are not immediately associable with the public image that we know. The letters of "The Alphabet of Power" are difficult to decode, but they reveal, literally bringing them to light, the hidden aspects of those who are designated to rule the world.
The second phase is about the "forms of power" and has to do with a few principles of graphology. In the middle of the room there is a video installation in which we see two people writing. What is being transcribed is the Divine Comedy, rendered through the various graphemes of the Alphabet of Power. The Divine Comedy, chosen for its ethical mission and for the emphasis with which it defends moral dignity, is reproduced as in an infinite calligraphic exercise whose testimony is given by another installation located in the same space. It consists of a dense geography of sheets, those used to practice writing with the Alphabet of Power trying to change one's handwriting. This larger composition is occasionally interrupted by graphs, in which the abscissas and the ordinates indicate the perfect balance of the three attitudinal areas that the writing of a candidate is supposed to have. This synthesis occurs through the study of characteristics such as angularity, roundness, size.
On the opposite wall, there instead is the Kit Manageriale [Managerial Kit], which includes all the typical features of a good manager, i.e. the most appropriate approaches, abilities and attitudes.
The next phase of the exhibition is the one defined as of the "application of power", which is presented in a series of four photographs, each depicting an entrepreneur's pen. These pens bear, either etched or printed, a specific animal chosen by each owner because related to their personality. The set of photos creates a sort of jungle that represents the behavioral extension of the reference entrepreneurs.
The fourth and final phase of the exhibition is that of the "Supreme Power", which is described through a single piece that focuses on the pinnacle of power. This is represented by a black and squared armchair, whose nature is altered by its feet having been replaced with the rockers of a rocking chair. This sculpture is turned towards the window for which it is necessary to go around it to detect its features, i.e. the sophistication of its form: the office armchair turns into a rocking chair, softening the rigor of authority and its application.
The exhibition unfolds as a sort of process through the four steps, each of which is connected to the other, forming a fluid thematic unit as a whole.